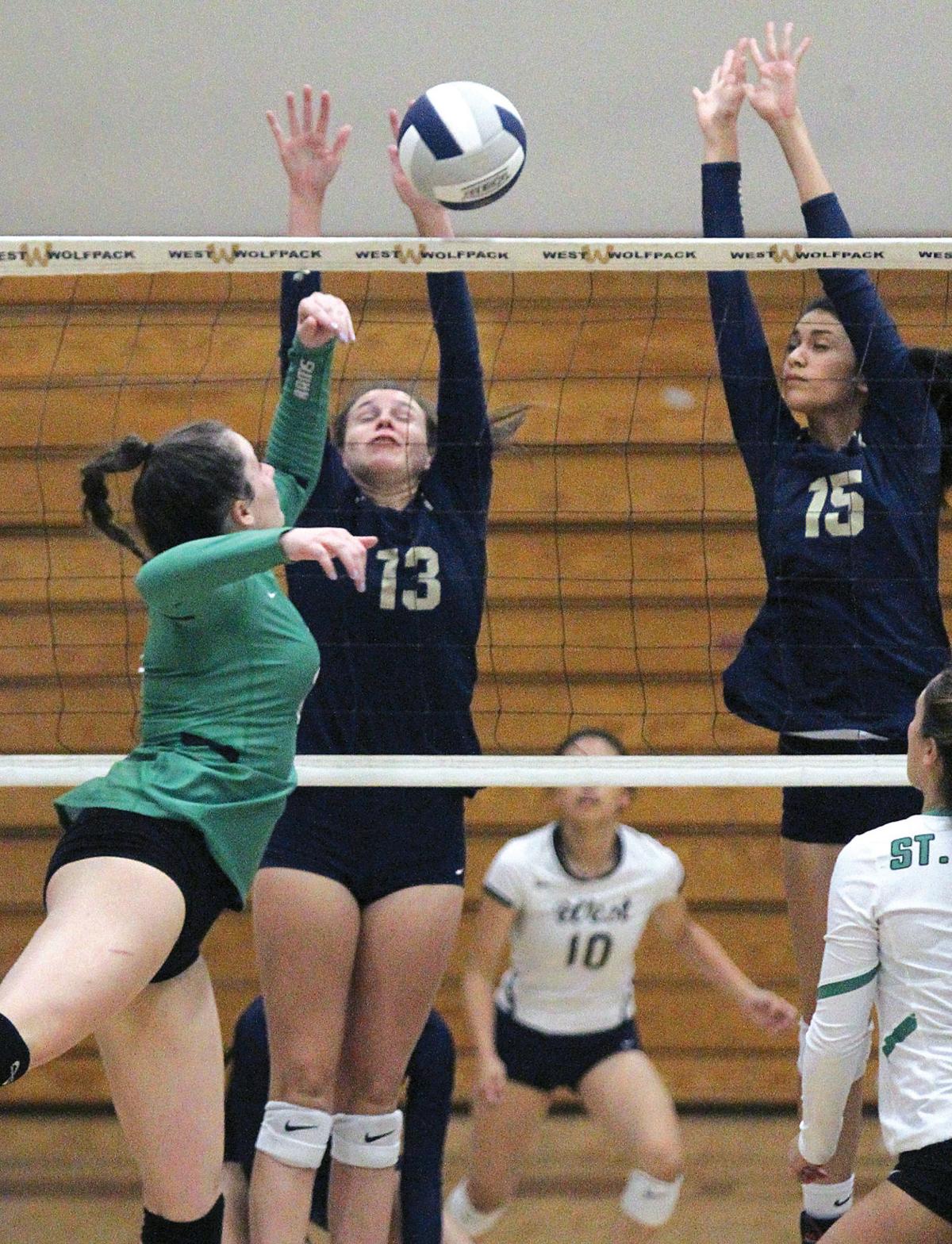 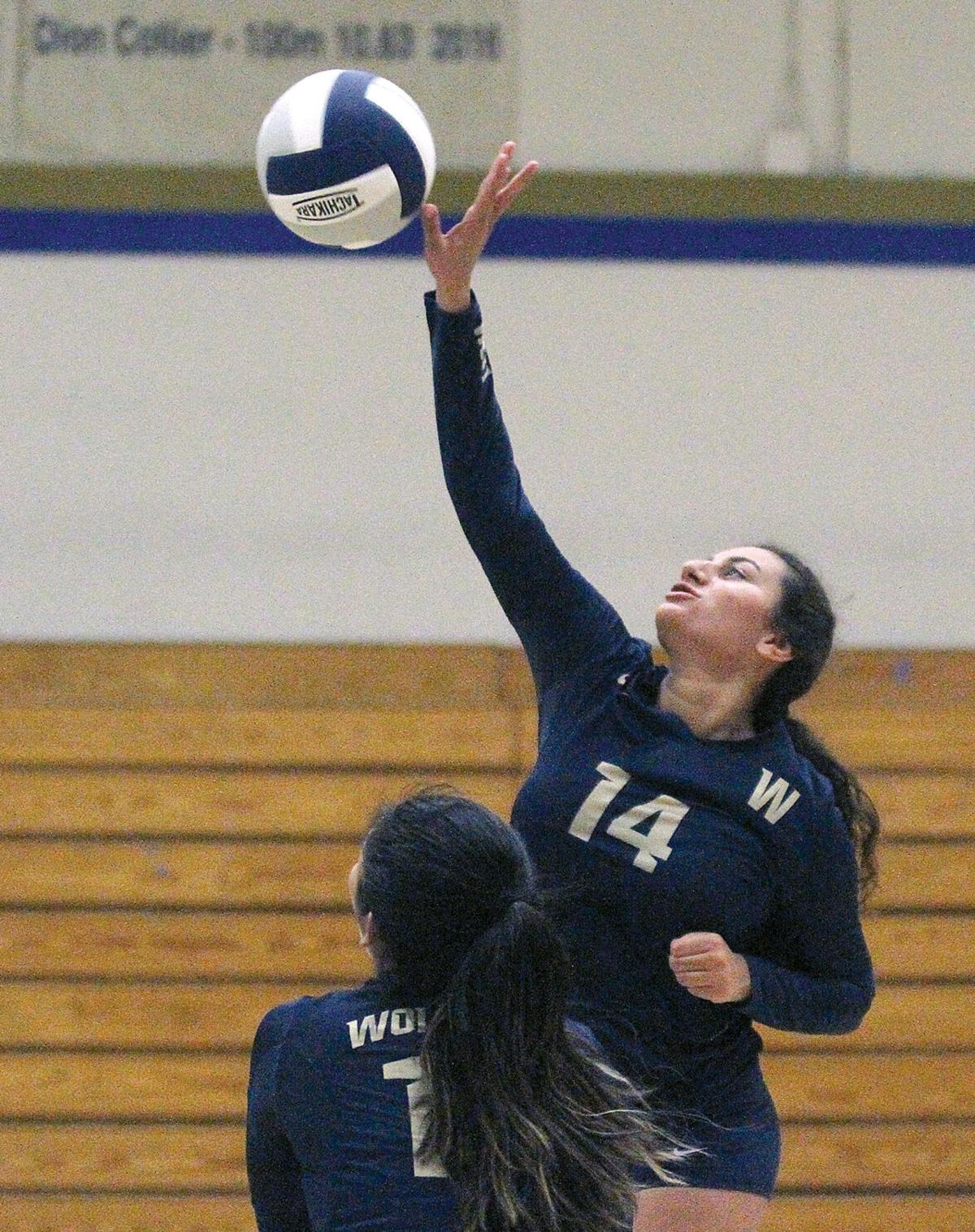 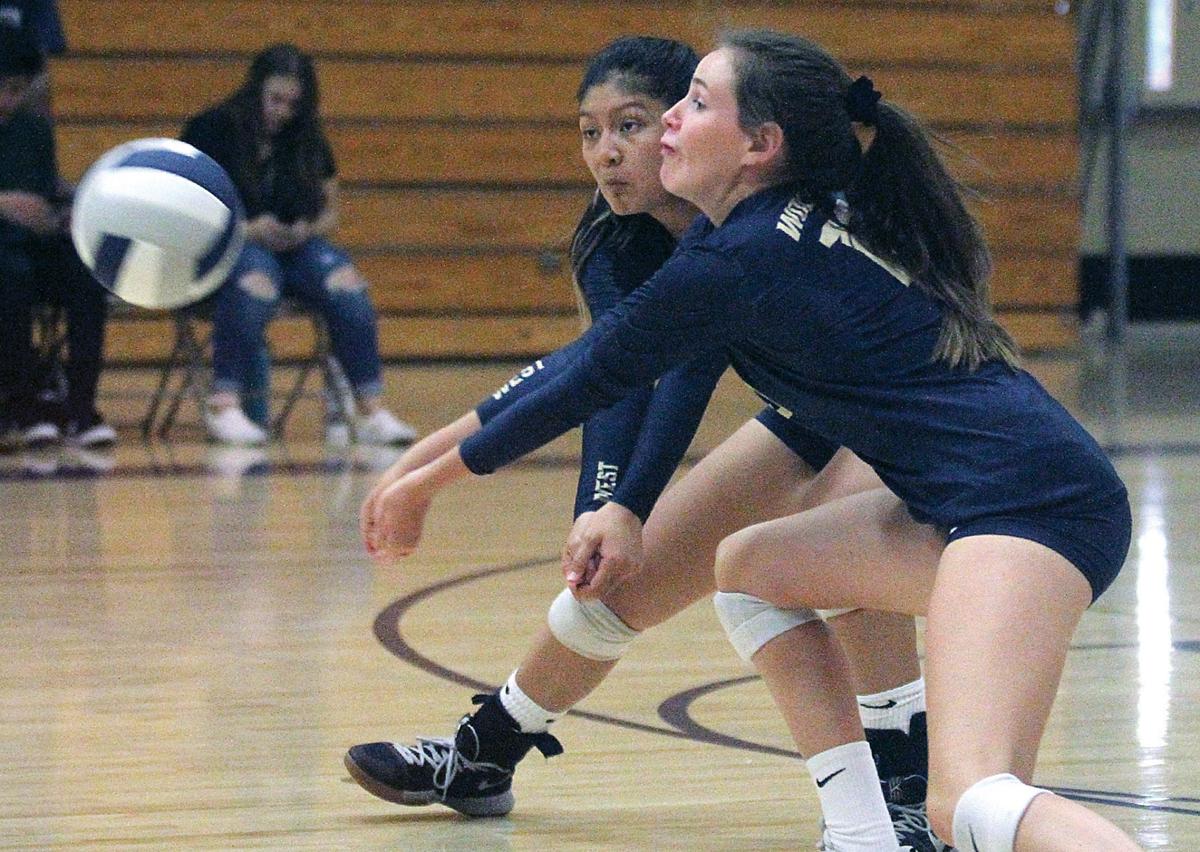 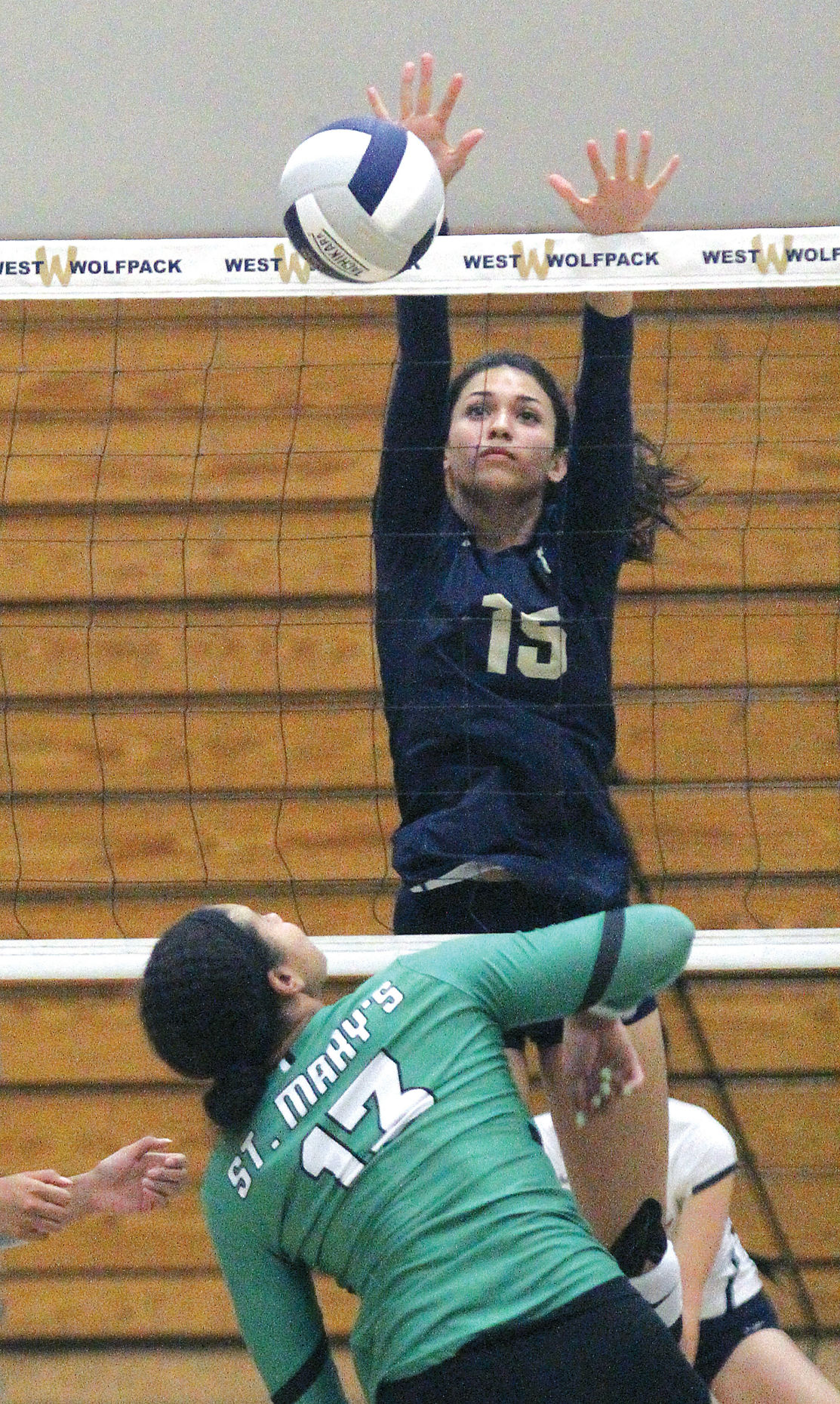 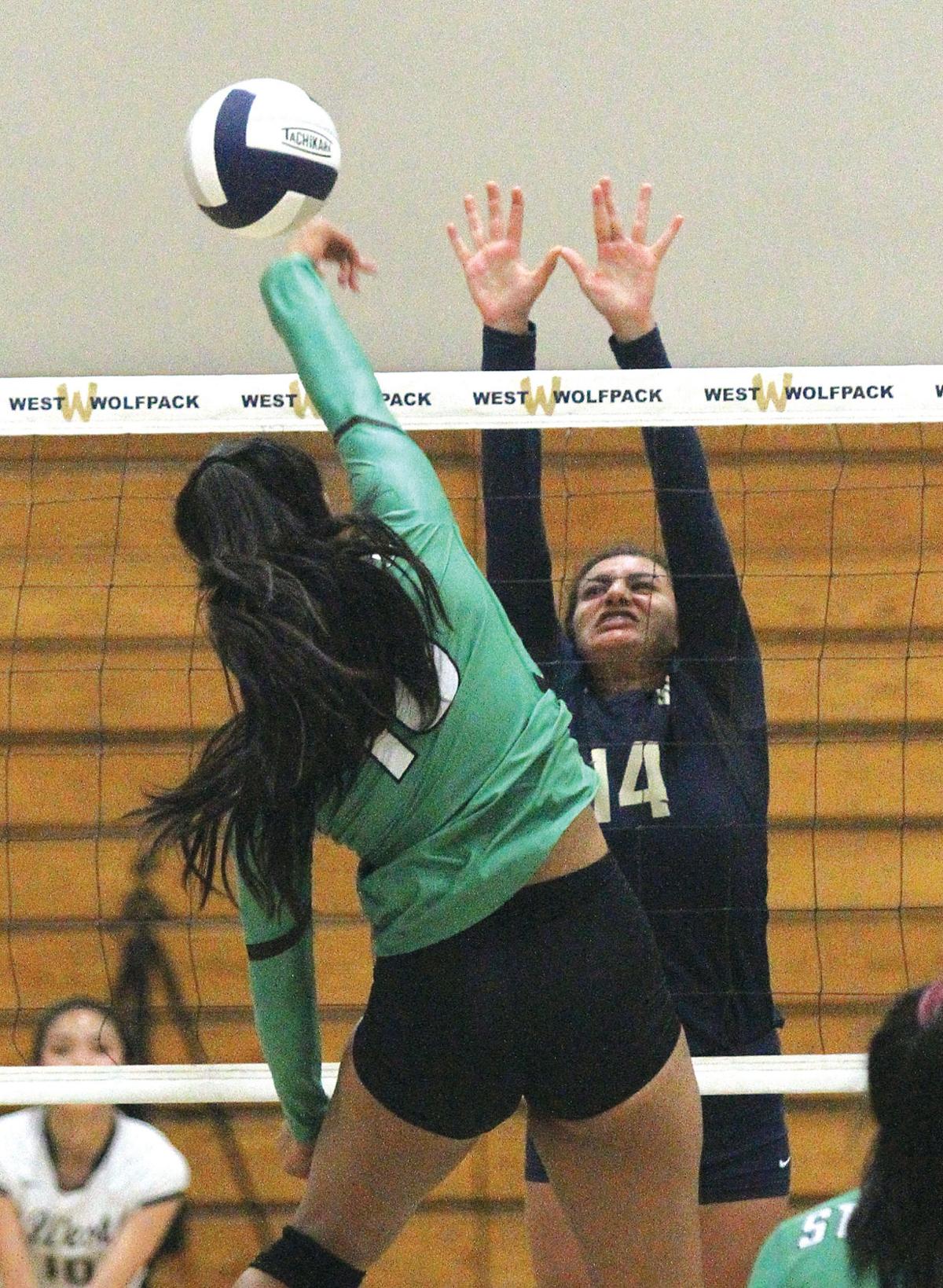 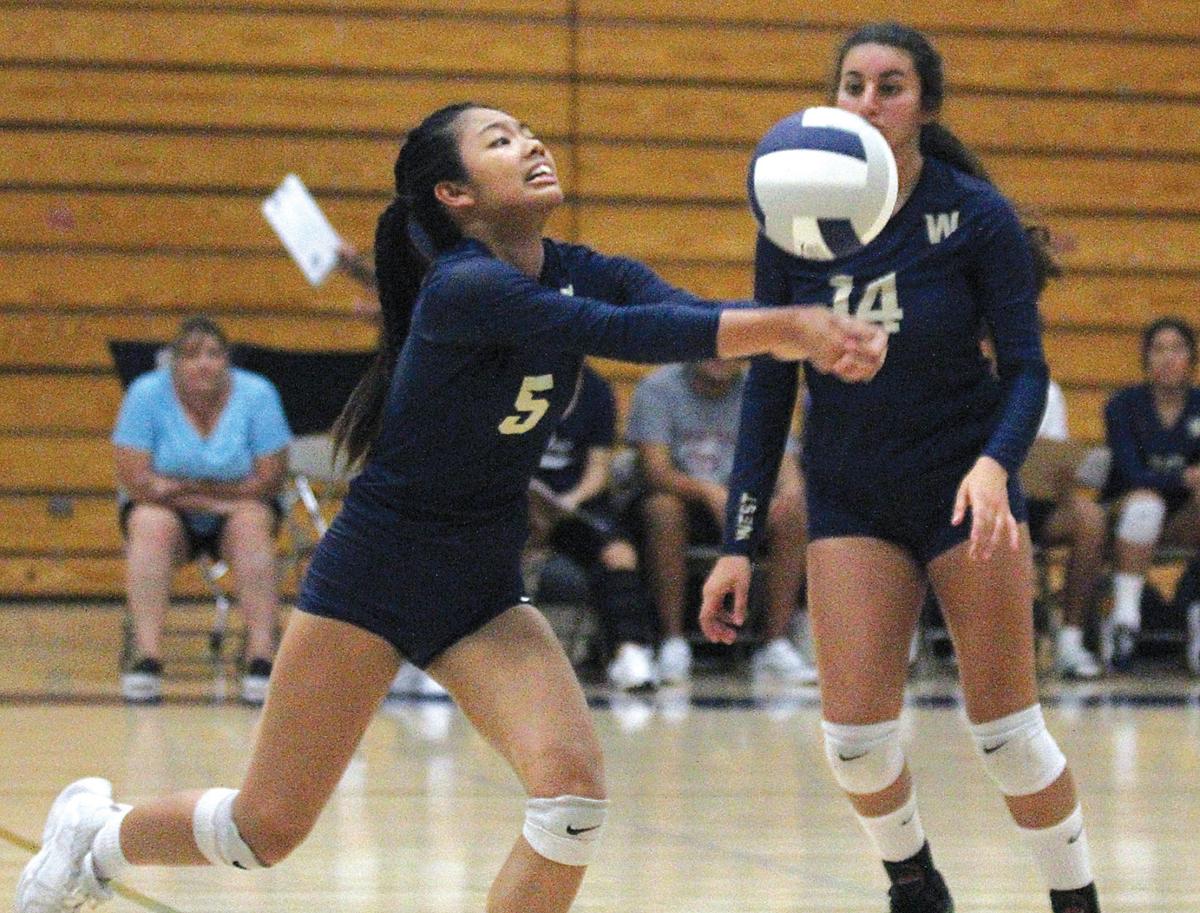 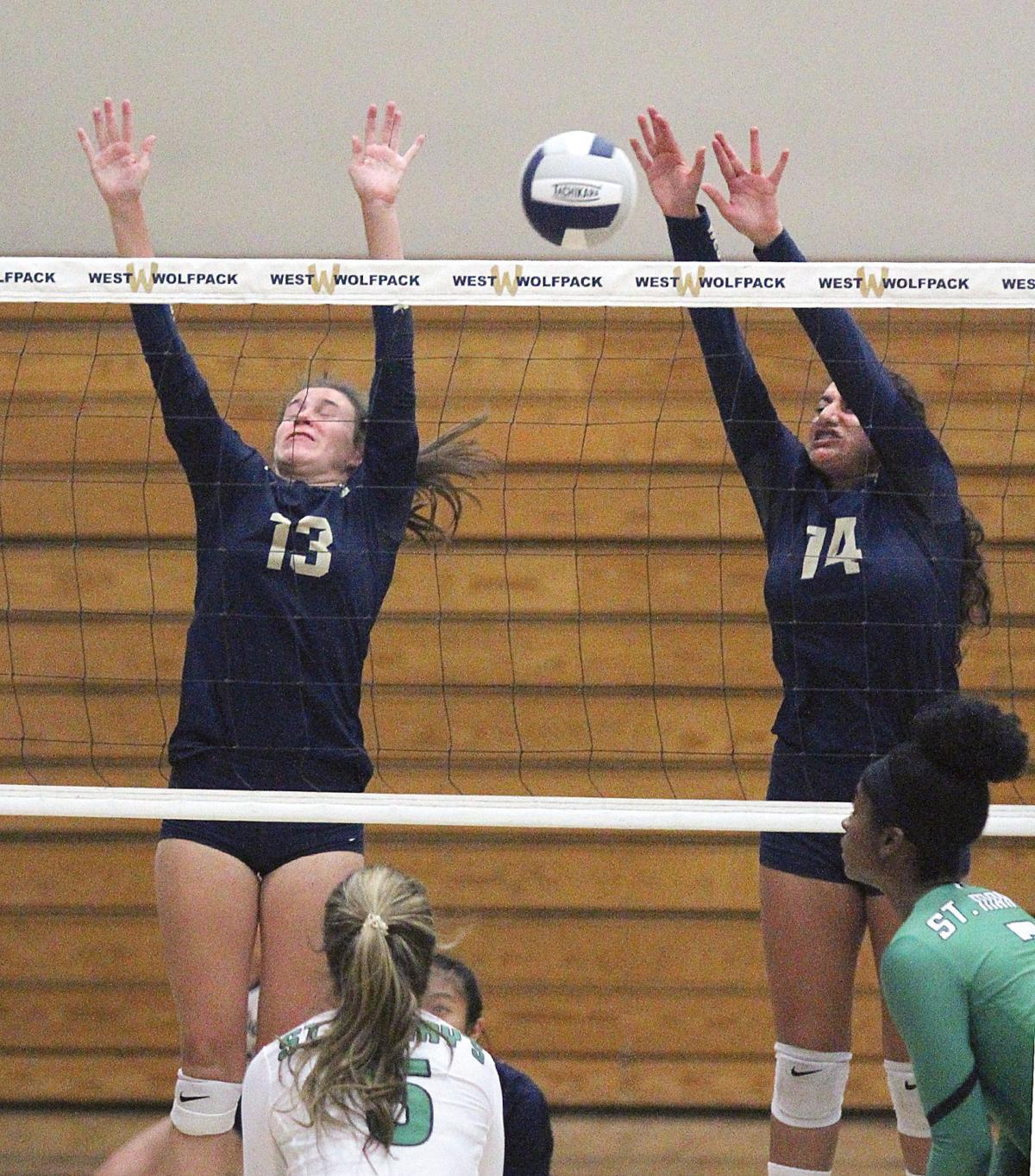 The West High volleyball team started the Tri-City Athletic League season Monday with a loss at home to St. Mary’s High of Stockton.

The Wolf Pack got off to a good start in the first set, but the Rams soon found a rhythm, setting up shots that consistently hit the gaps in their defense. While West was able to execute effective digs in response to those attacks, the St. Mary’s hitters stayed persistent.

“They have so many tools. There’s only so much your defense can do,” West coach Christine Toon said.

West senior Taylor Valdez said that her team had expected to go up against a taller and hard-hitting St. Mary’s team.

“We knew coming in that it was going to be a tough match, and during practice, we worked really hard as a team on our defense,” Valdez said. “We knew they were going to give us a good fight and we wanted to match their fight. We have a lot of defensive players and have worked really hard to perfect our defense over and over again, so when we go against big hitters like them, we’re prepared and we’re ready to defend for it.”

The Rams went on a 13-point run in the first set. After that, West stayed competitive but couldn’t catch up. The Rams led through the entire second set, and the third set started off with West keeping the score close until the Rams went on another scoring run, extending an 11-8 lead to a 16-8 lead, and the Pack was unable to close in.

West coach Christine Toon said this could turn out to be a rebuilding year for the team, which has three players out, including junior hitter and libero Lauren Toon, who will miss the rest of the season because of a knee injury.

Manteca won both the junior varsity and freshman matches 2-1.

Juniors Helen Earle and Jasmine Linsangan provided solid defense for the Mustangs, and the team stayed consistent on offense to win all three sets.