Starting at
$52.00 for 365 days
Get Started
View all rates
You have permission to edit this article.
Edit
Welcome, Guest
Celebrate Tracy
News
Voice
Our Town
Sports
Datebook
Obituaries
Advertising
Classifieds
Special Sections
1 of 14 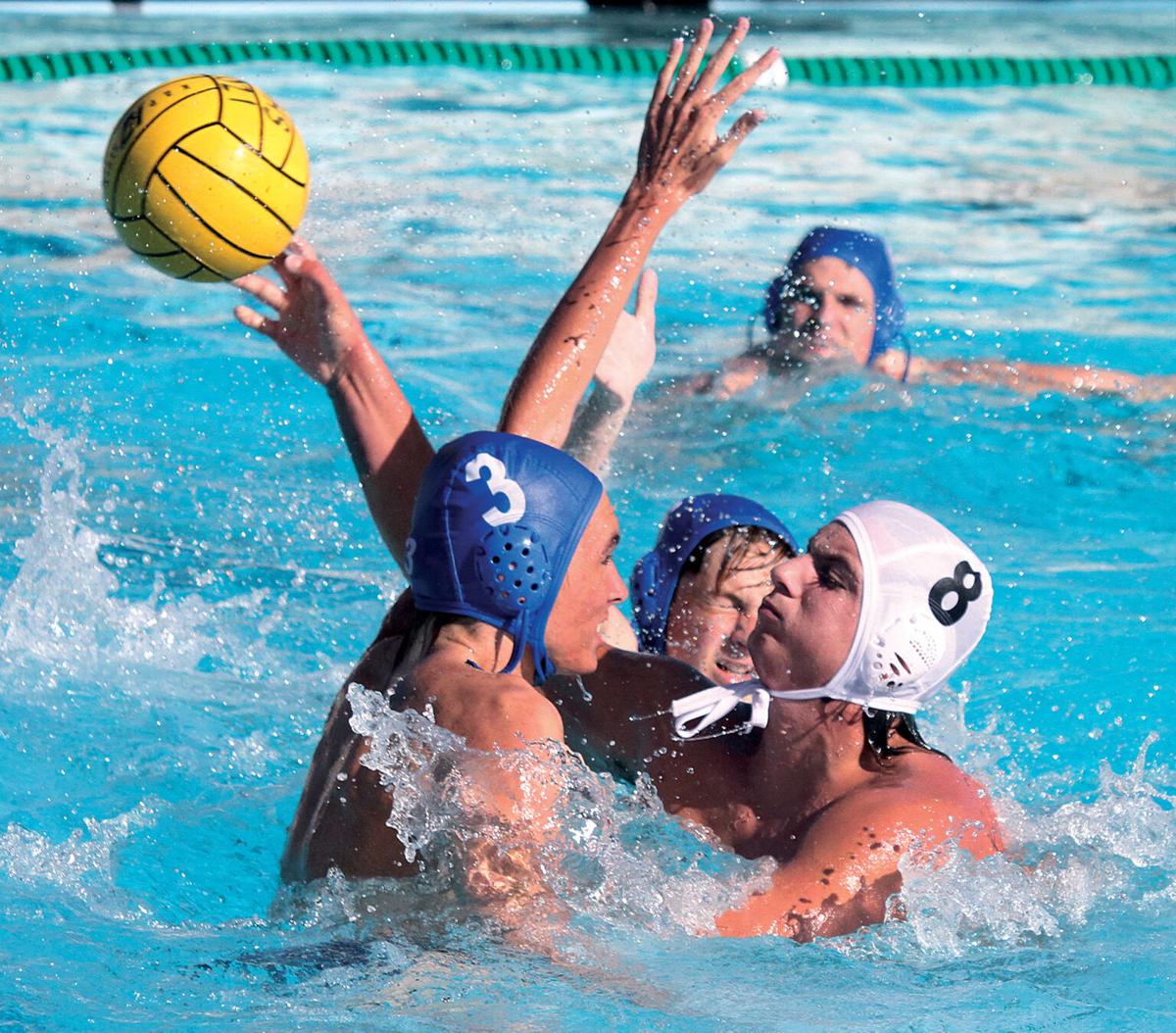 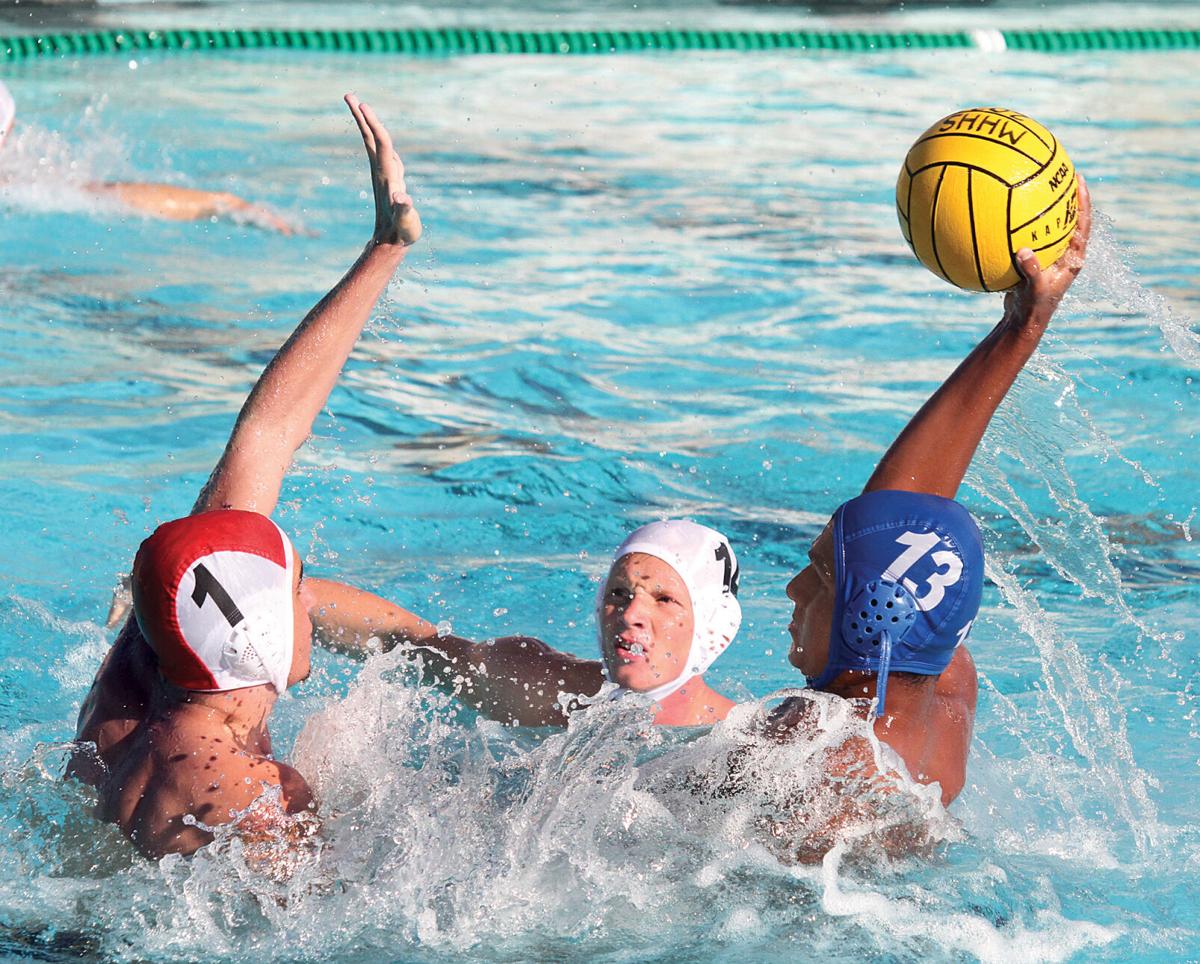 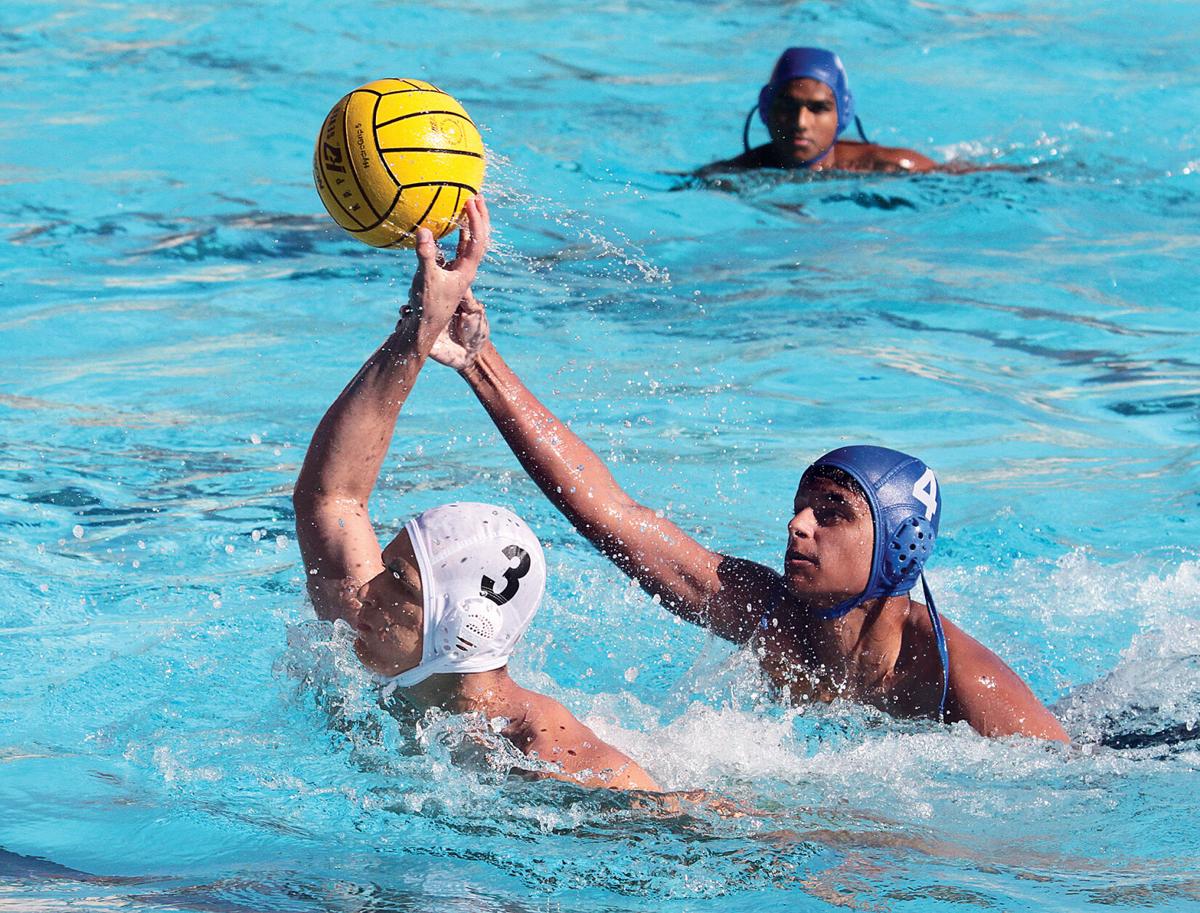 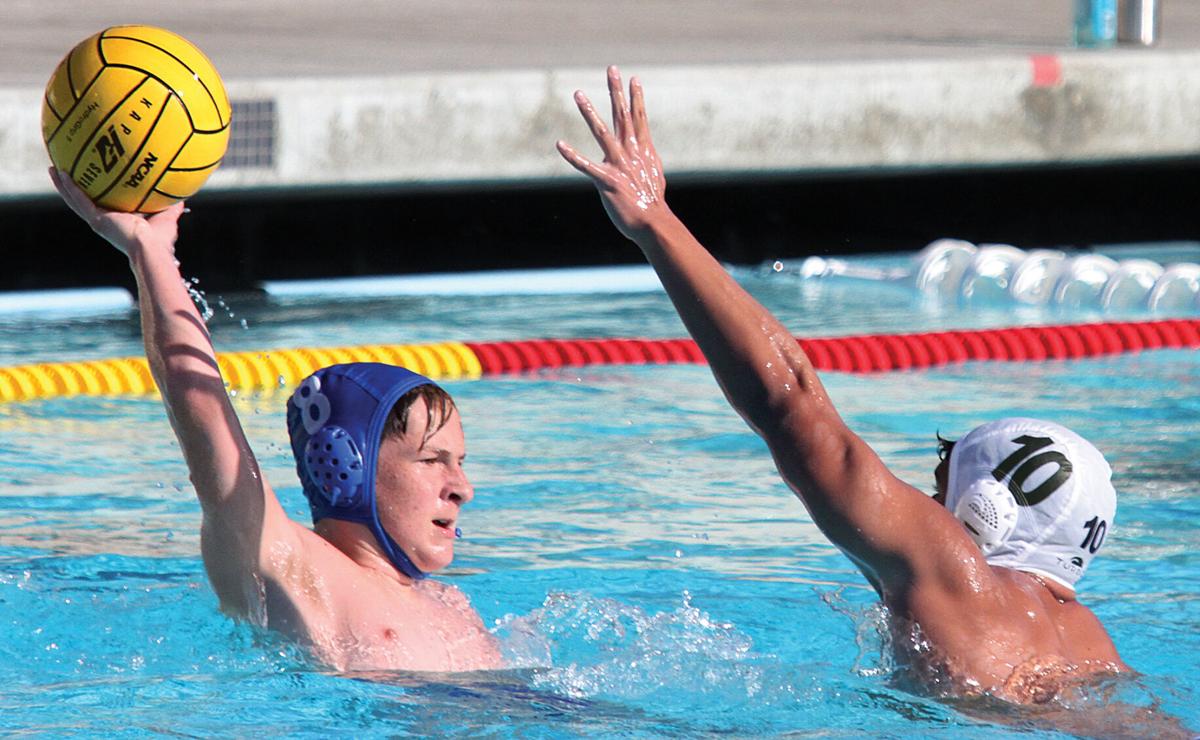 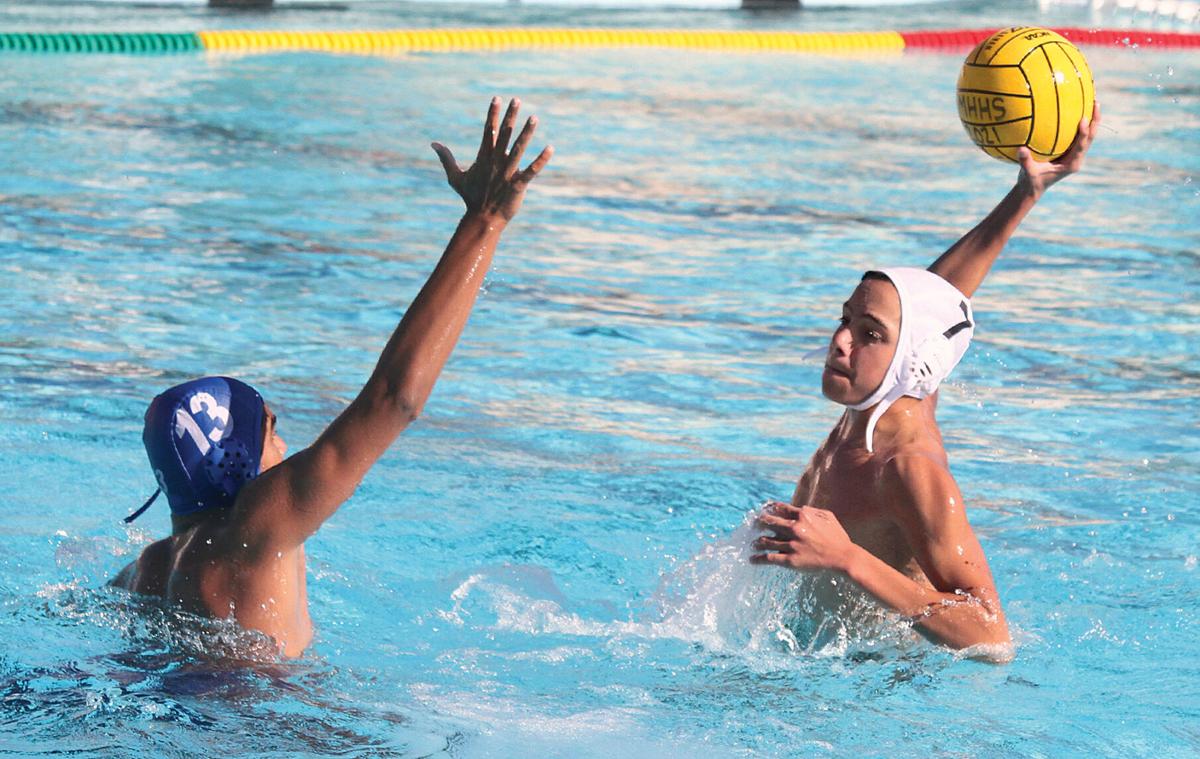 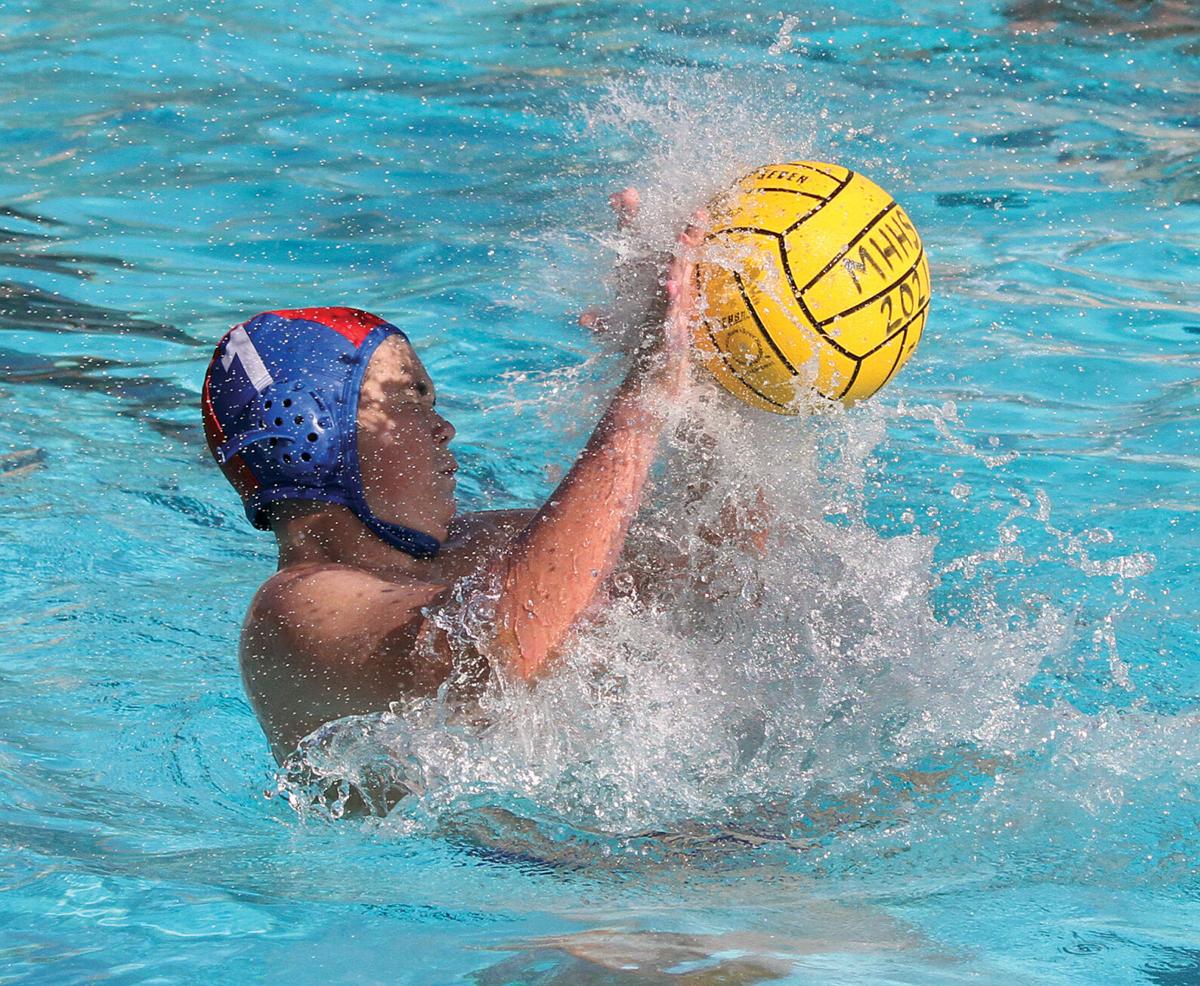 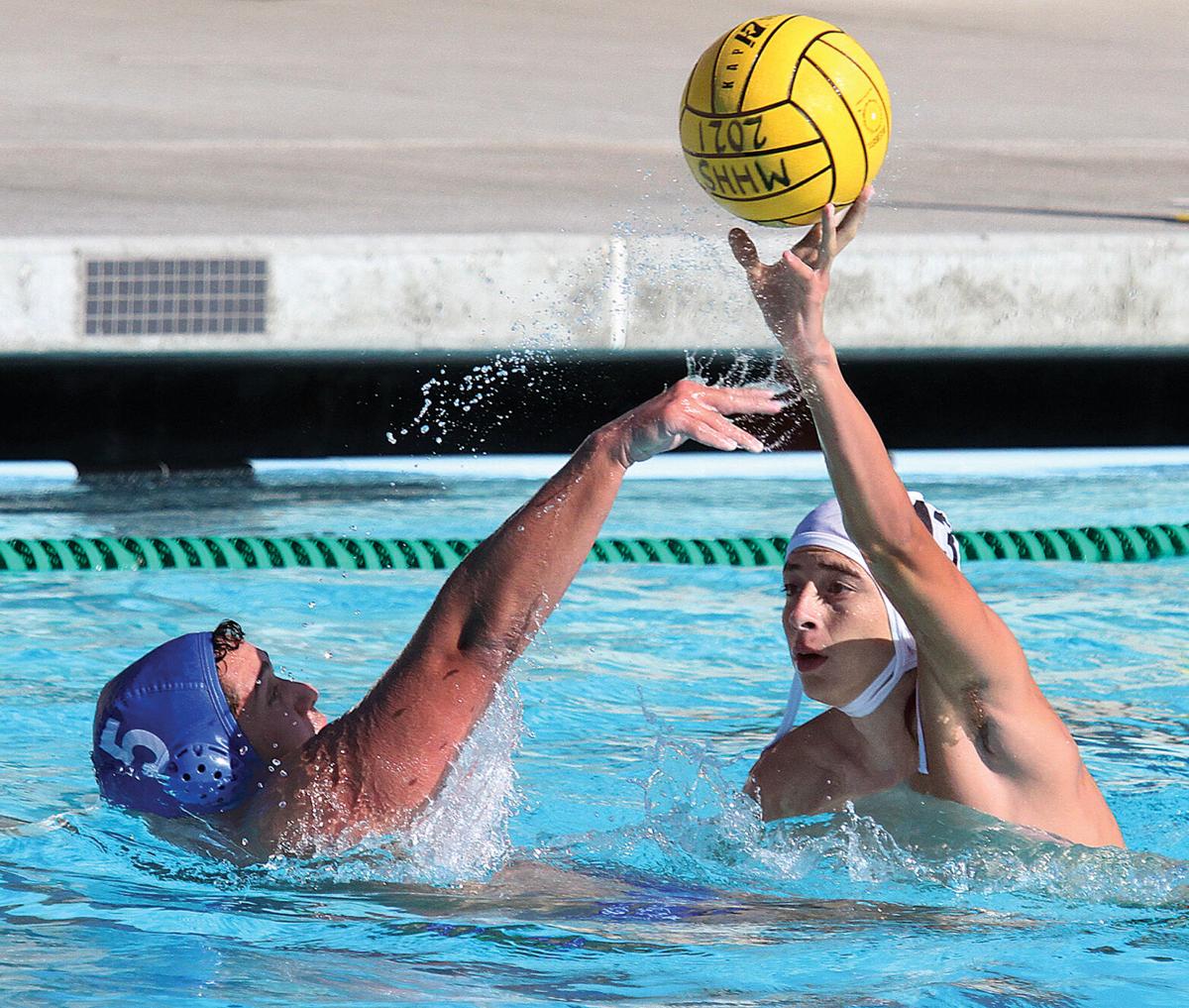 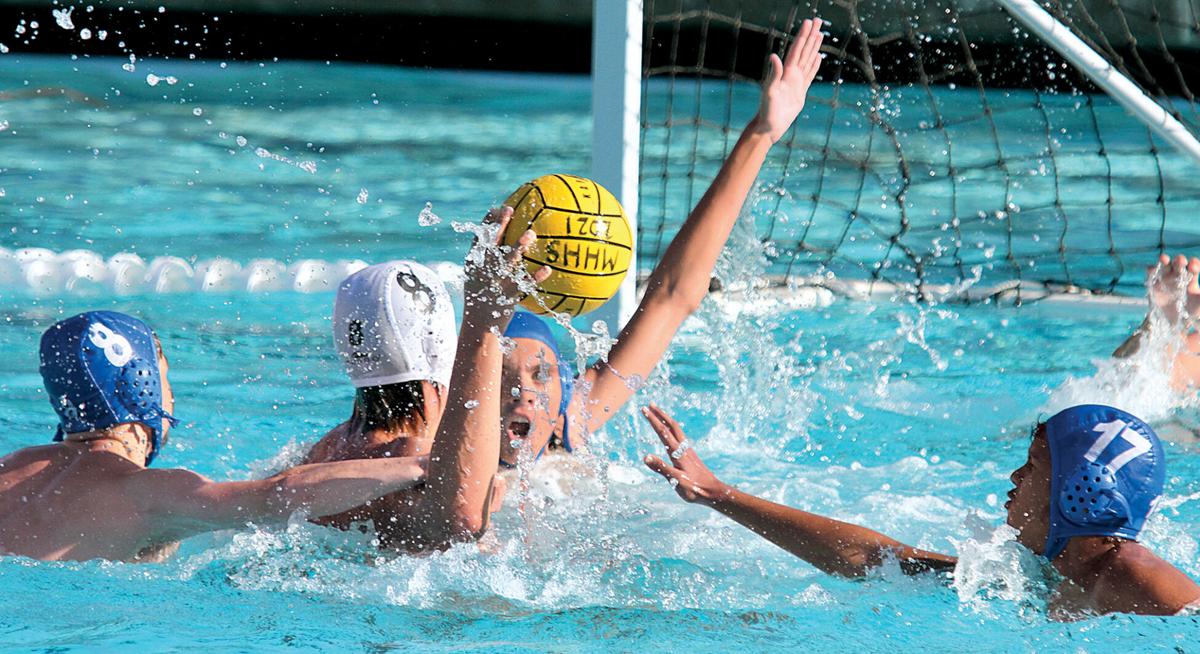 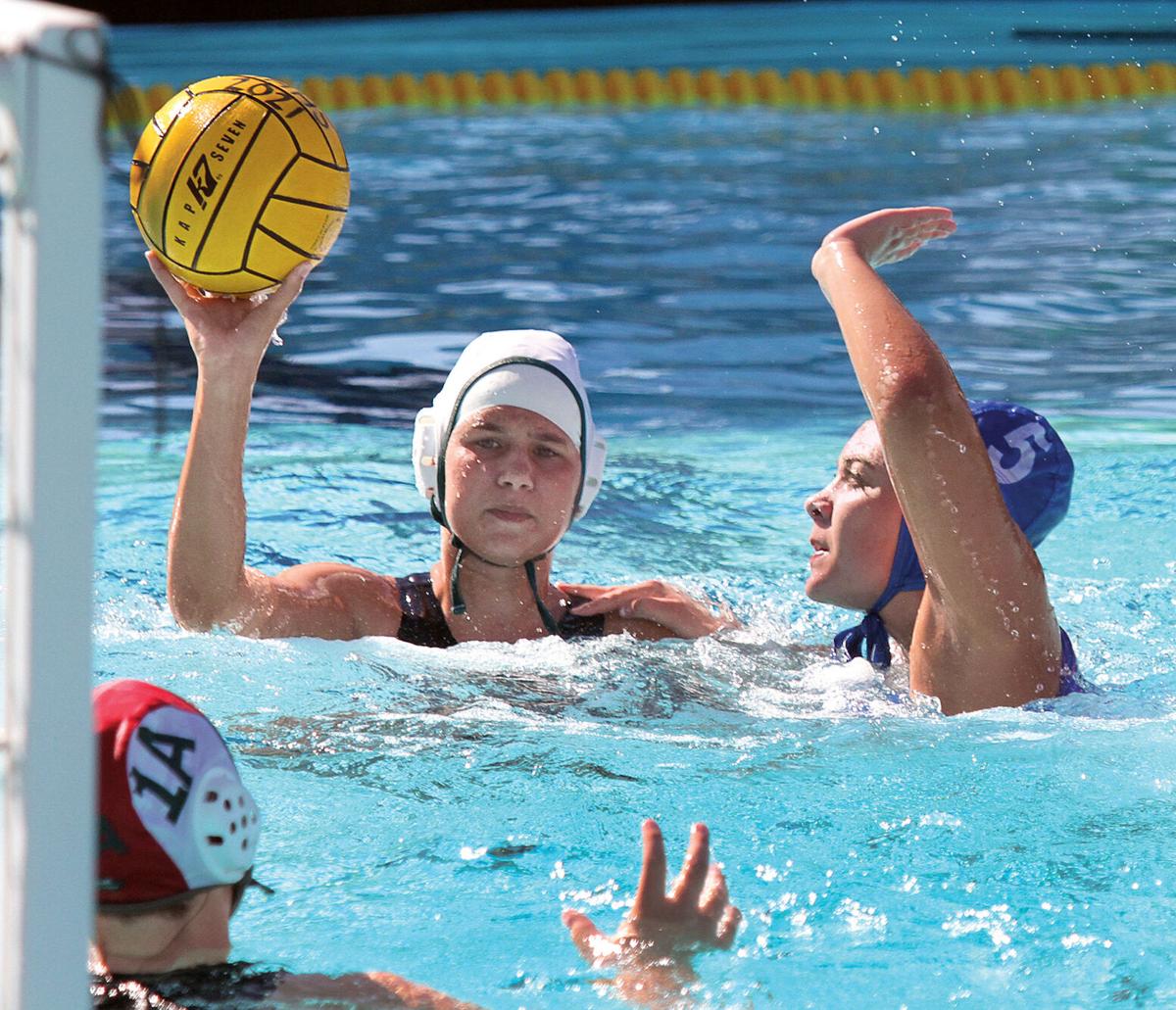 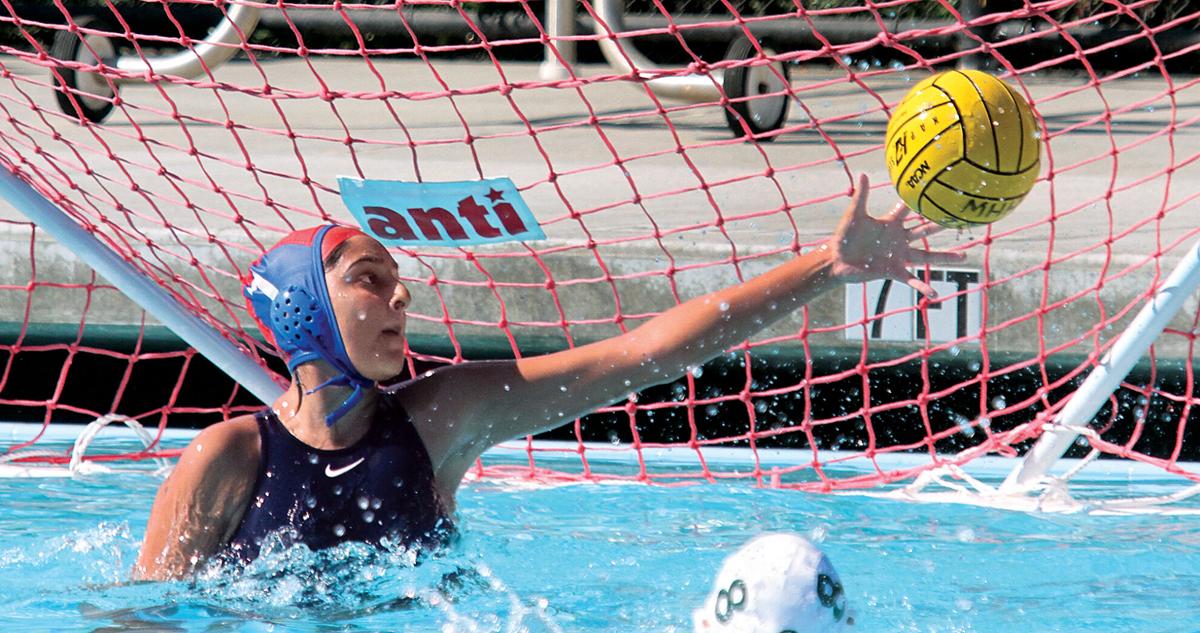 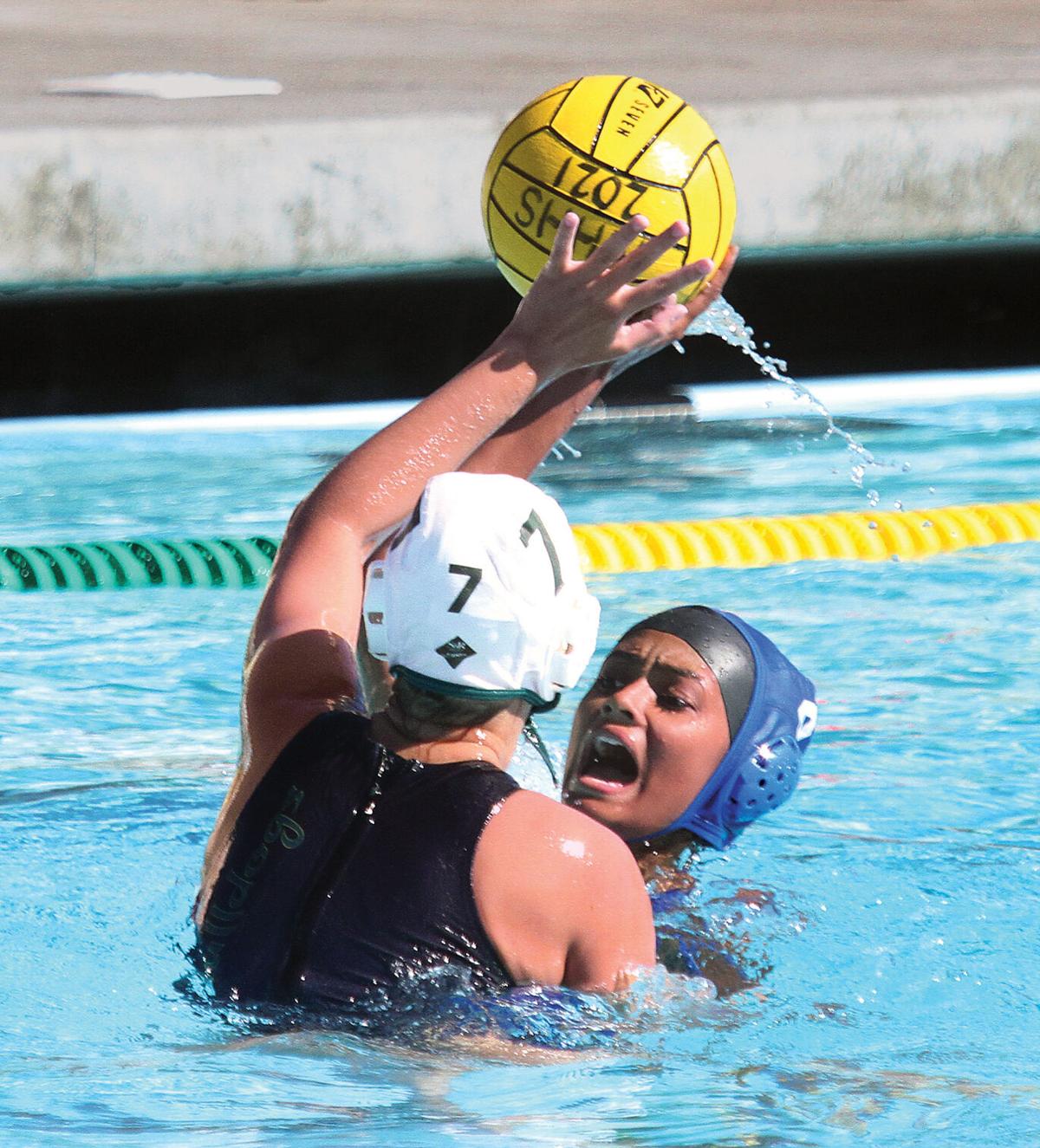 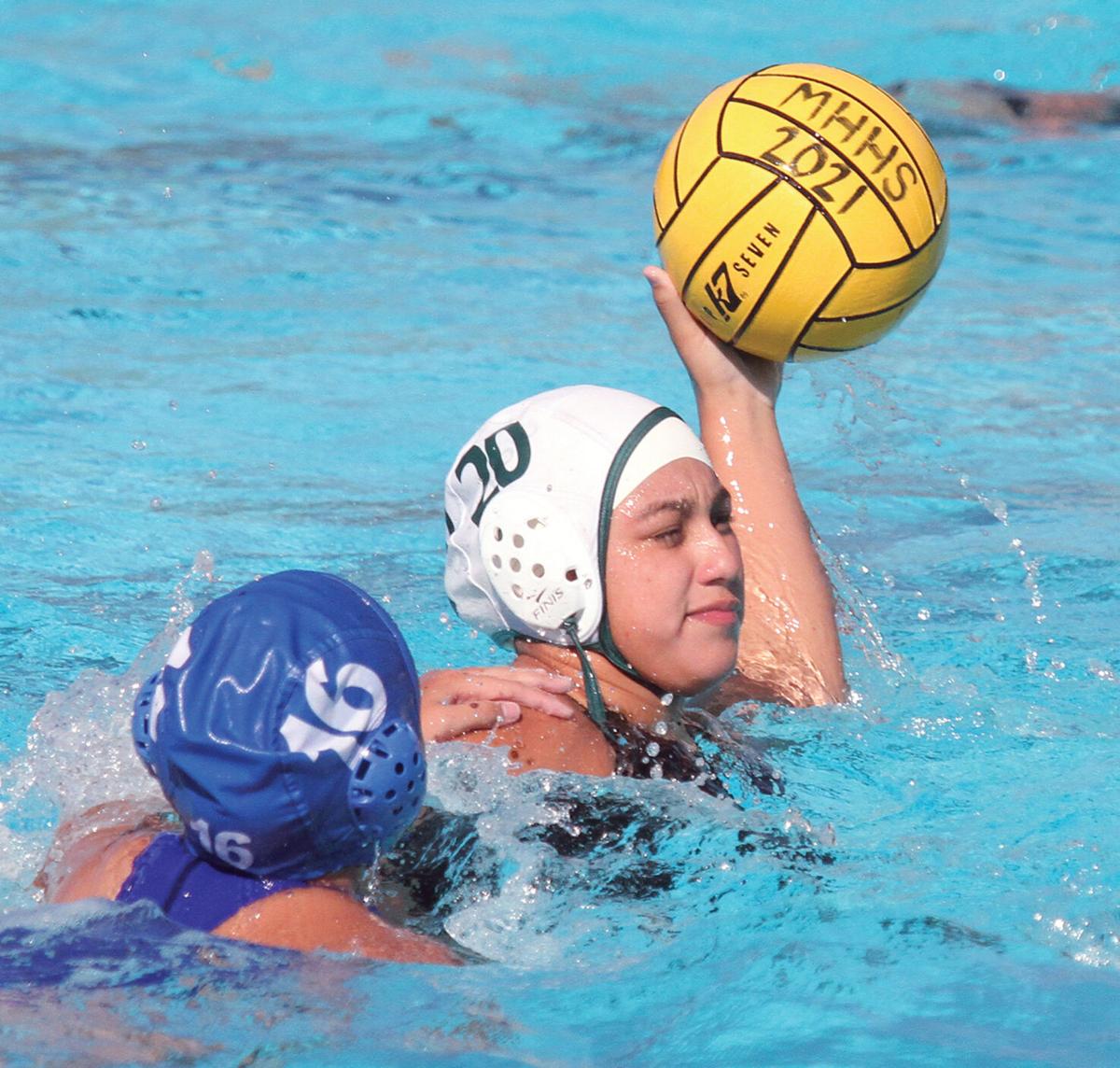 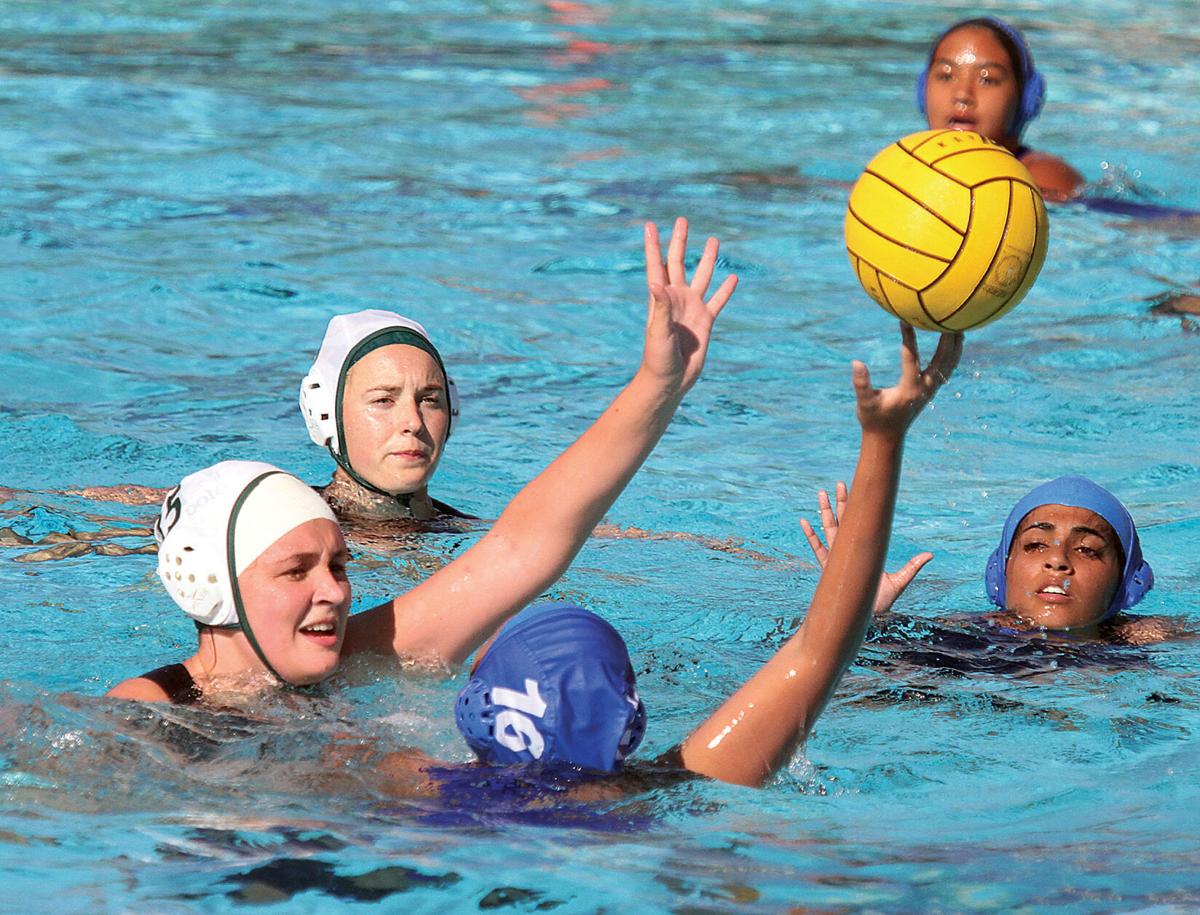 Tracy High junior Sophia Meyers (left) gets a hand in the way of a shot attempt from a Mountain House player Tuesday afternoon at Mountain House. 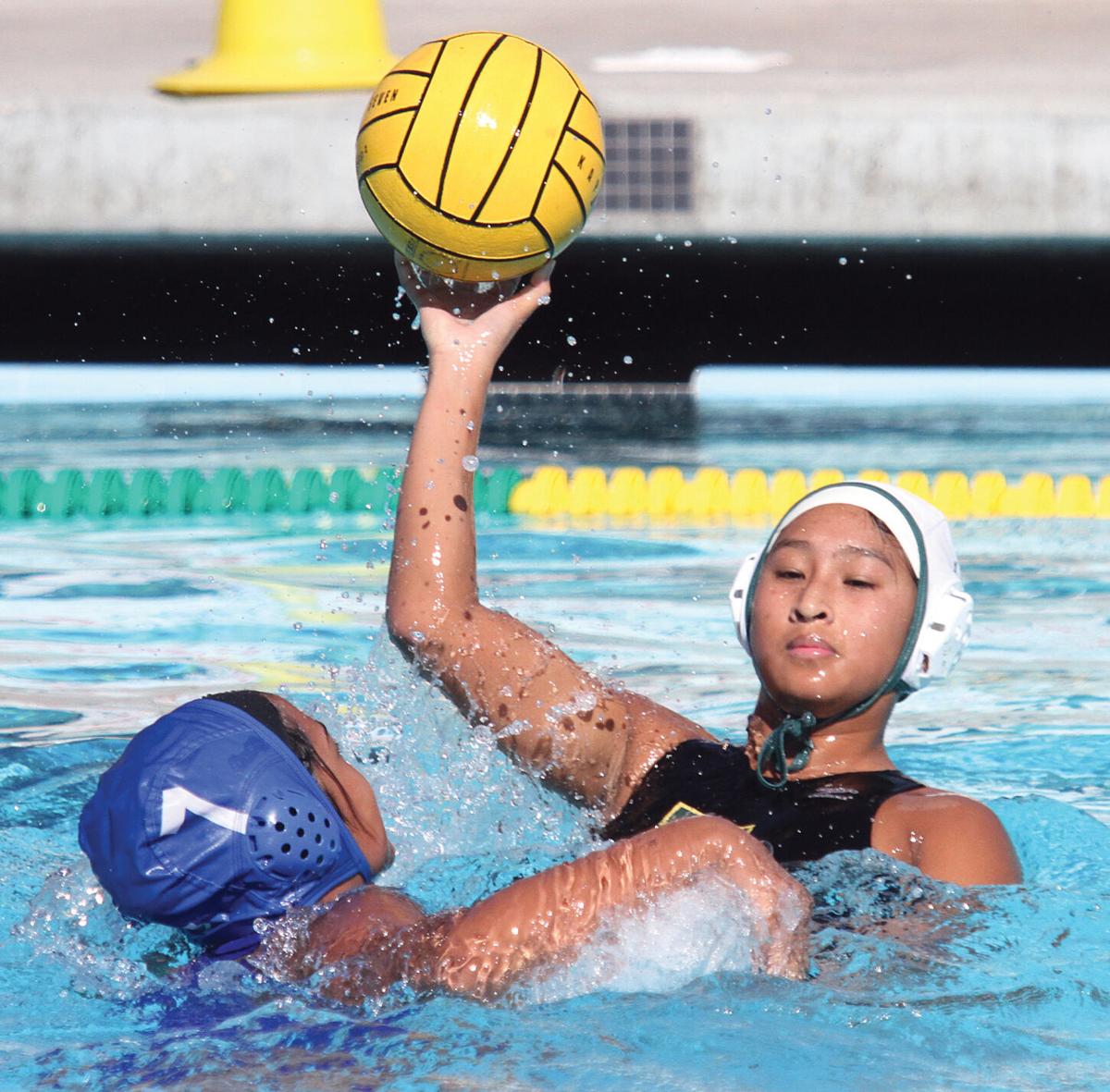 Tracy High junior Sophia Meyers (left) gets a hand in the way of a shot attempt from a Mountain House player Tuesday afternoon at Mountain House.

The Tracy High water polo teams opened their season with wins at Mountain House High on Tuesday, with the Tracy girls defeating the Mustangs 10-0 and the Tracy boys winning their match 23-10.

The Tracy boys opened strong in the first quarter, scoring six goals before the Mustangs got their first goal of the game in the final minute of the first quarter. The Mustangs came back to match up against the Bulldogs in the second quarter to cut Tracy’s lead to 12-6 at the half, and then outscored the Bulldogs in the third quarter get within three goals, with Tracy leading 13-10. The Bulldogs came back with a string of unanswered goals in the fourth quarter for the 23-10 win.

Junior Kanoa Stoddard said that once the Bulldogs got past COVID-related quarantines they’ve been able to practice and develop their team chemistry.

“We came out ready to play. We came out and put some goals up in the first half and then in the third quarter we did struggle a little bit,” he said, adding that the Bulldogs will have to continue building their skills and teamwork for Tri-City Athletic League opponents like St. Mary’s and Lincoln.

Mountain House junior Daakshesh Thangavel led his team with shots up the middle in the second and third quarters, and said that as long as the Mustangs can match the pace of their opponents they will be competitive.

“We do more swimming than water polo stuff, which helps our endurance,” he said. “Our skills are nice and everything, but our conditioning is what helps in those fourth-quarter moments. In this game we struggled in the fourth quarter because we don’t condition enough, so I think we should work on that more.”

The Tracy girls jumped out to a 9-0 lead in the first quarter, with junior Lillian Gunther scoring four goals in the first 3 minutes to lead the way for Tracy and junior Jillian Fry scoring two more. Junior Ariana Munoz and sophomores Yuzar Oo and Abby Riley also scored goals.

The Mountain House girls had some of their varsity players out because of a quarantine. Several junior varsity players stepped up to fill their spots, but were up against a faster and stronger Tracy team, which dialed back its offense in the second quarter and for the rest of the game.

Mountain House senior Marina Ayad and sophomore Bria Eaquinto were able to get close to the Tracy goal in the second half to take shots but were denied goals.

Tracy High’s water polo teams traveled to Manteca on Wednesday to face Sierra High, coming home with the 16-8 win. The Bulldogs opened with a 6-0 first-quarter lead, extending that lead to 10-2 at the half.