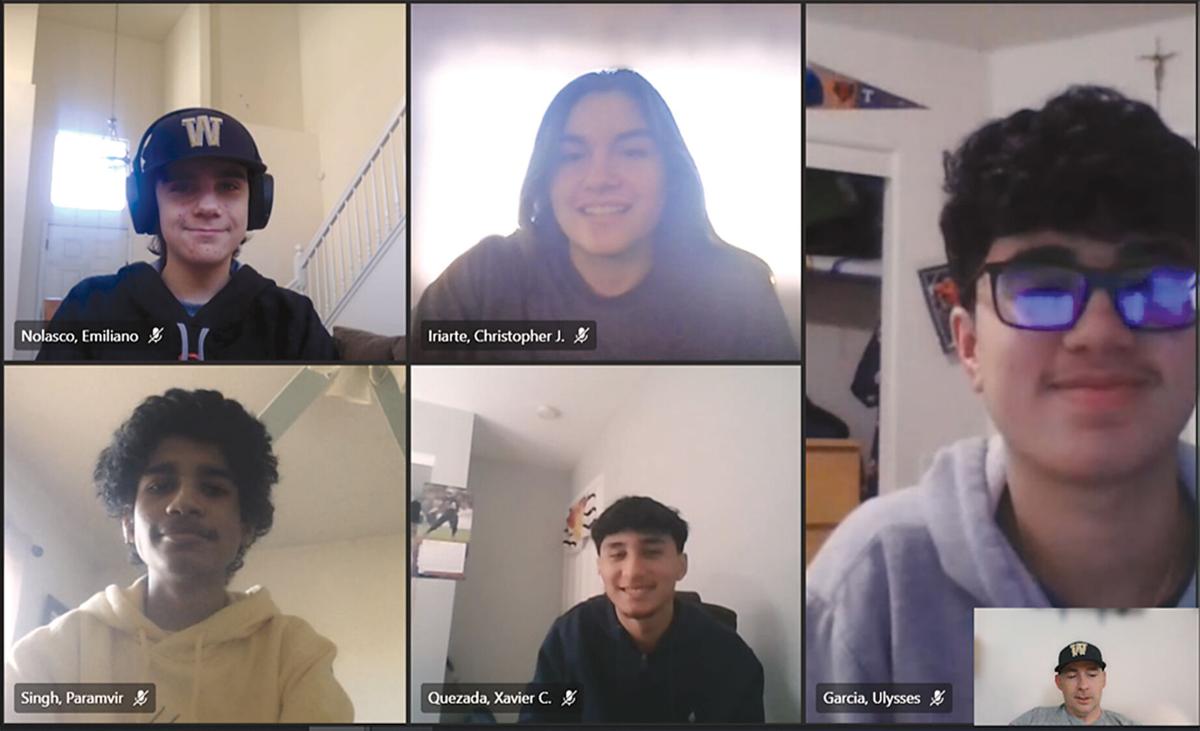 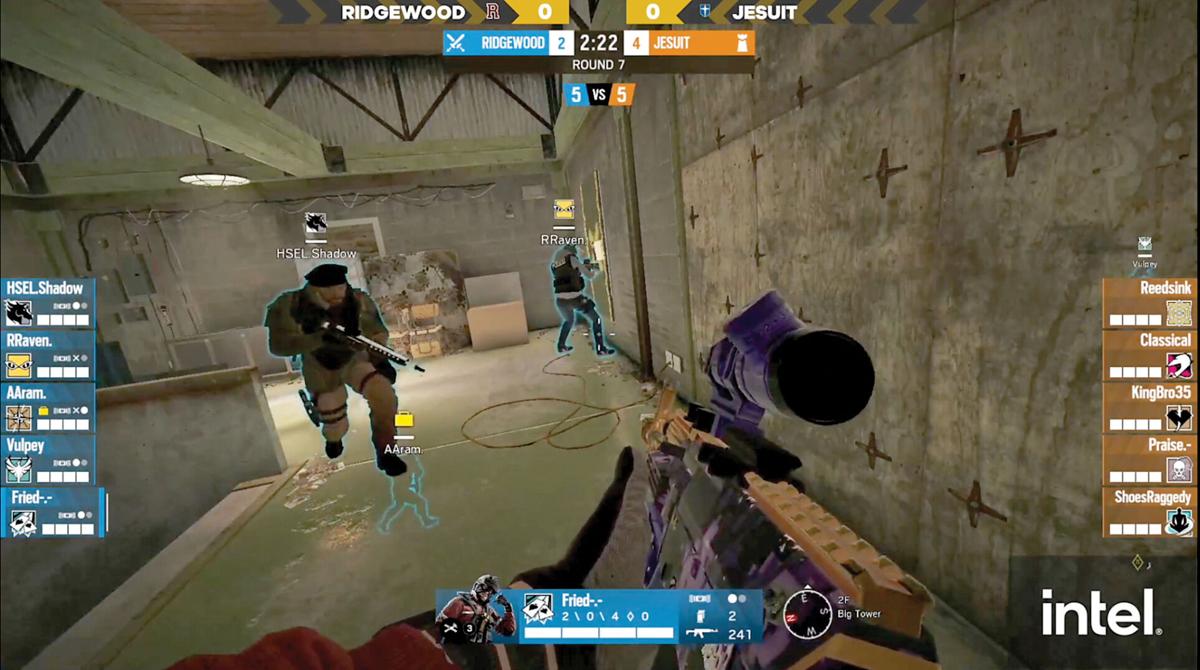 A screen shot from the High School Esports League Rainbow 6: Siege competition shows a player’s eye view of the 5 vs. 5 competition. 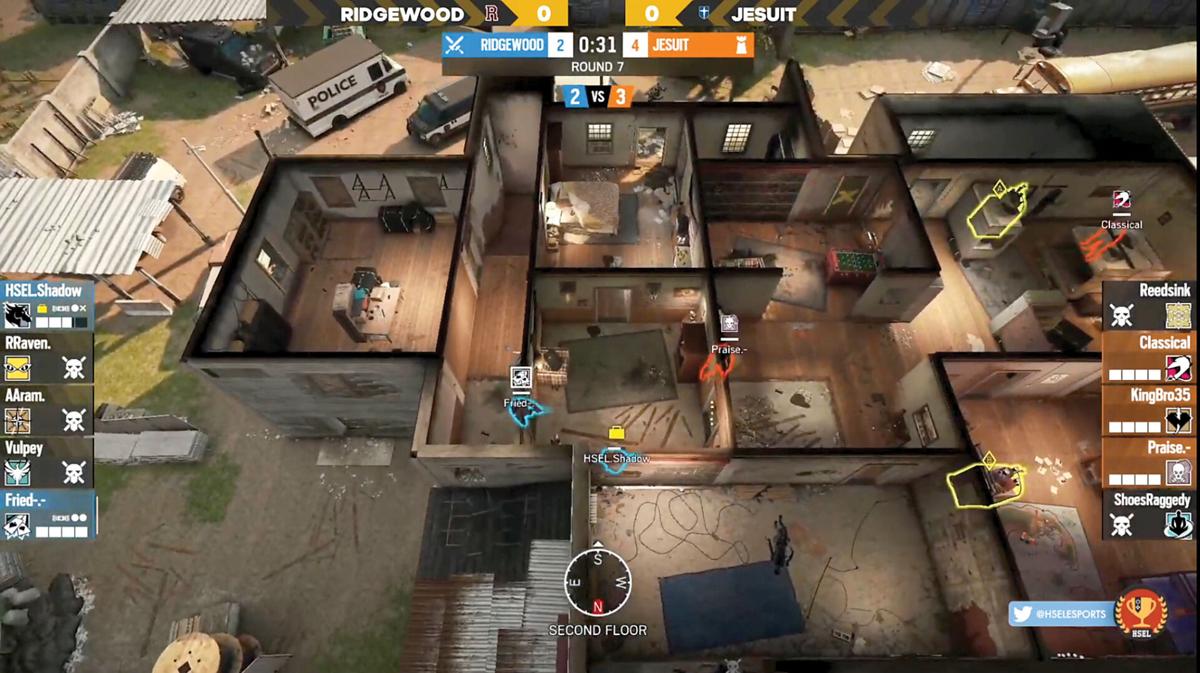 An overhead view shows the layout of a Rainbow 6:Siege game in progress during competition in the High School Esports League.

A screen shot from the High School Esports League Rainbow 6: Siege competition shows a player’s eye view of the 5 vs. 5 competition.

An overhead view shows the layout of a Rainbow 6:Siege game in progress during competition in the High School Esports League.

West was the top team in the Rainbow 6: Siege Xbox competition, defeating Klein Forest High School of Houston, Texas, in the final. It was the highlight of a season where West’s five-player team faced off against teams from around the U.S. in a first-person shooter game during a regular season of nine best-of-three matches and three best-of-five matches in playoffs. Each of the five of the West players on the team collected a $1,000 scholarship.

For the HSEL Fall Major, Rainbow 6: Siege was one of 11 games teams could compete in. Valorant is one of the most popular, and games include basketball and chess as well.

John Morris, West’s team advisor, said that even though the HSEL has been active since 2013, West started up its team at the start of the school year, and represents the continued growth of Esports as it gains interest at high schools and middle schools.

“It’s pretty big now. There are even college teams,” Morris said. “The closest one to here, U.C. Berkeley, has an Esports team. They recruit. They get scholarships, just like any sport or educational opportunity.”

Morris, West High’s aerospace and Junior Air Force ROTC instructor, said that the COVID-19 pandemic and remote instruction may not have sparked the interest in Esports, but it did motivate more students to get involved once West High announced at the start of the school year that it was going to have a team.

“They had a couple students that had talked about it last year, but it really wasn’t going anywhere, as far as trying to get people involved,” Morris said. “The beginning of this school year there was quite a bit of interest, probably because they were already home anyway, probably playing video games after school anyway.”

“Once it started and people realized it was actually going to be a thing there were a lot of people that showed up.”

West continues to be active in Generation Esports’ HSEL Spring Major, where the team holds first place in the standings. Morris said West will eventually join Esports competition under the California Interscholastic Federation, which sanctions all traditional high school sports.

CIF joined the Esports trend in the fall of 2019. Participation includes the same eligibility standards as traditional athletics, and it operates through PlayVS, which provides the online platform for scheduling, competition and rankings.

Morris said about 100 students signed up when West started its Esports team in the fall and 65 have stayed active, with the numbers dropping after participants discovered that it requires a serious commitment that includes meetings and practices where players develop skills and teamwork, as well as a commitment to the HSEL schedule.

They also discover that many people across the country are serious about Esports competition, and the ways that competition can lead to college and professional opportunities.

“Just playing video games itself can lead them to wanting to pursue computer science. It can lead to creating video games,” Morris said. “There are competitive Esports games all over. There are million-dollar prizes for people who win Esports tournaments. They have sponsors like any other sports teams.”