Starting at
$52.00 for 365 days
Get Started
View all rates
You have permission to edit this article.
Edit
Welcome, Guest
Celebrate Tracy
News
Voice
Our Town
Sports
Datebook
Obituaries
Advertising
Classifieds
Special Sections
1 of 11 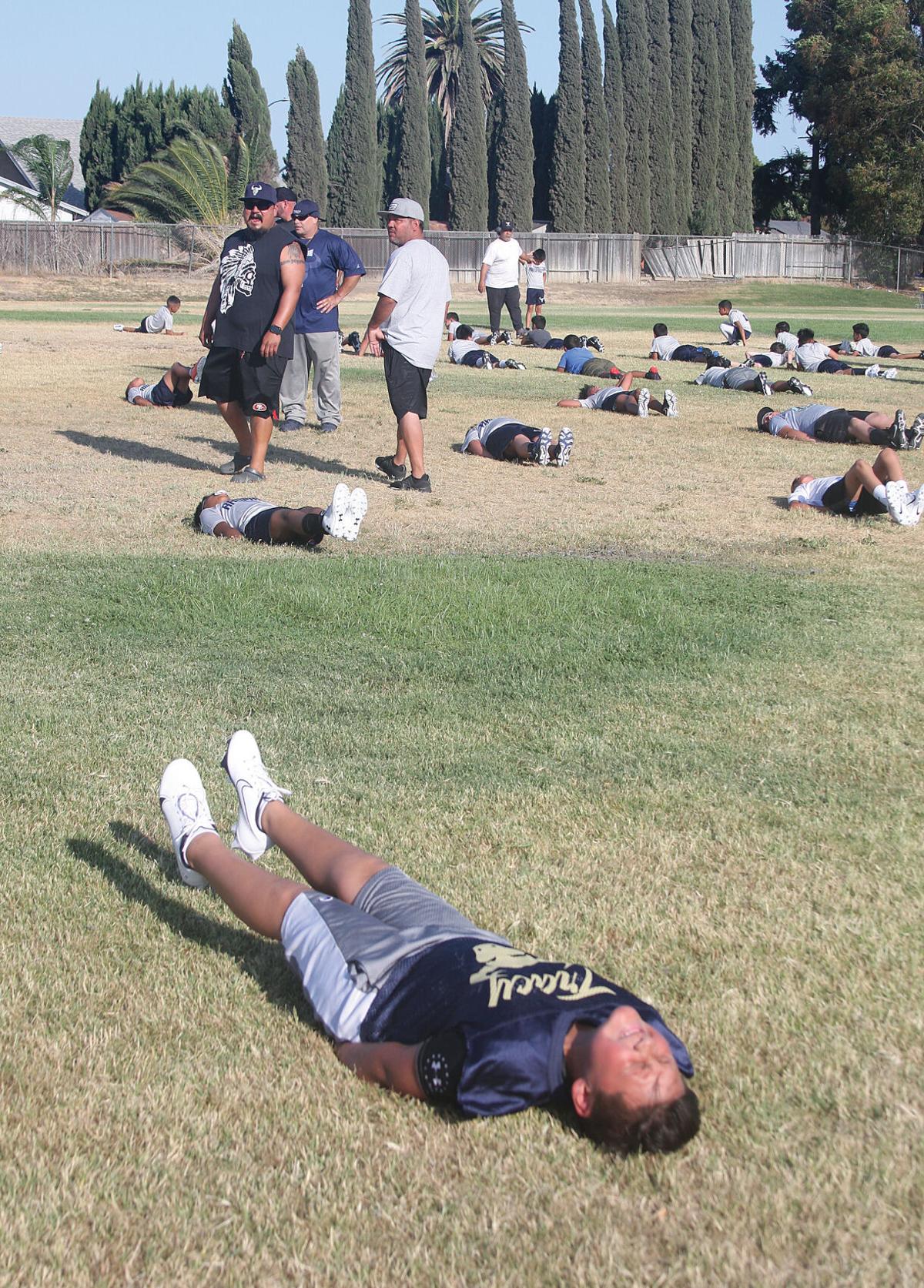 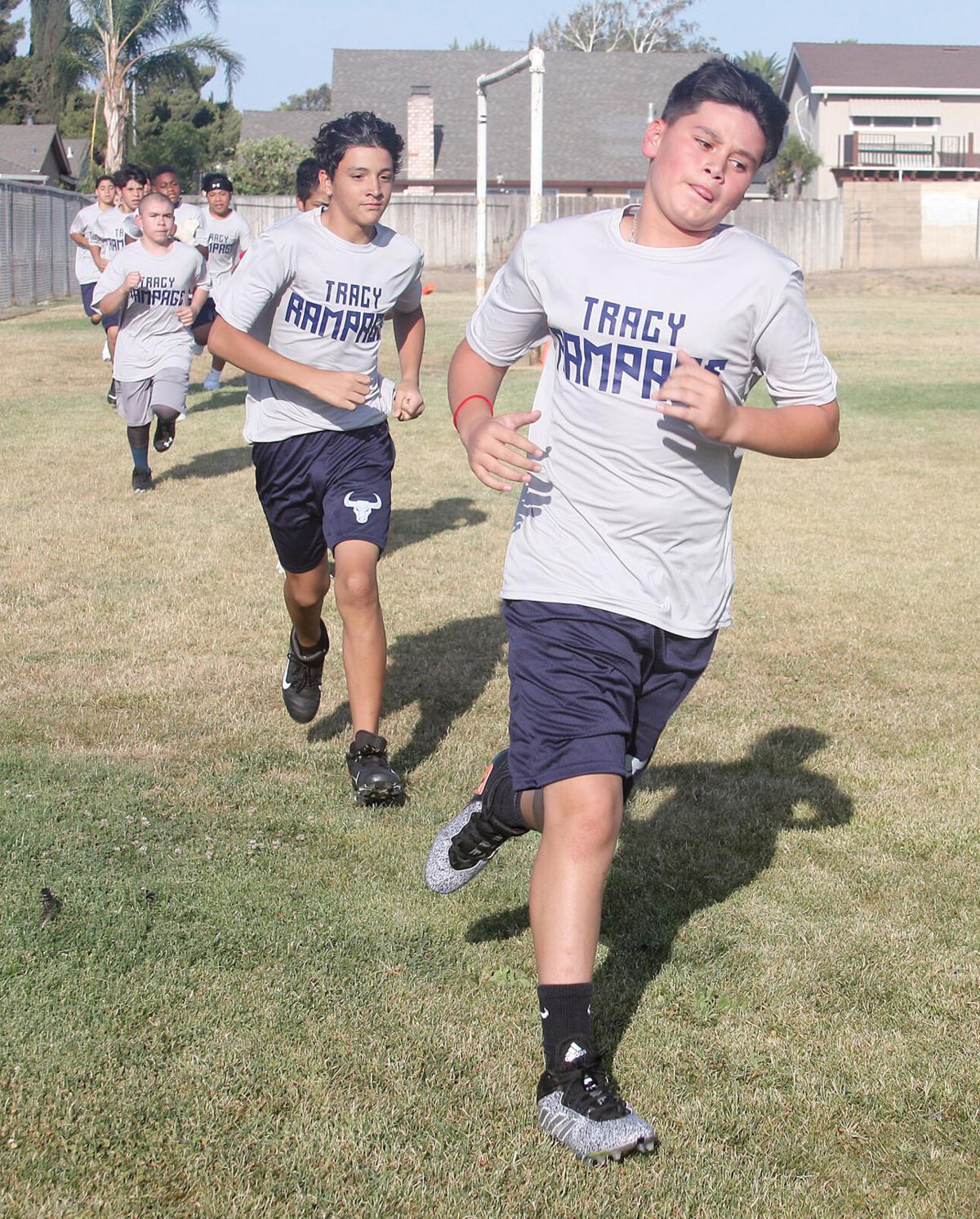 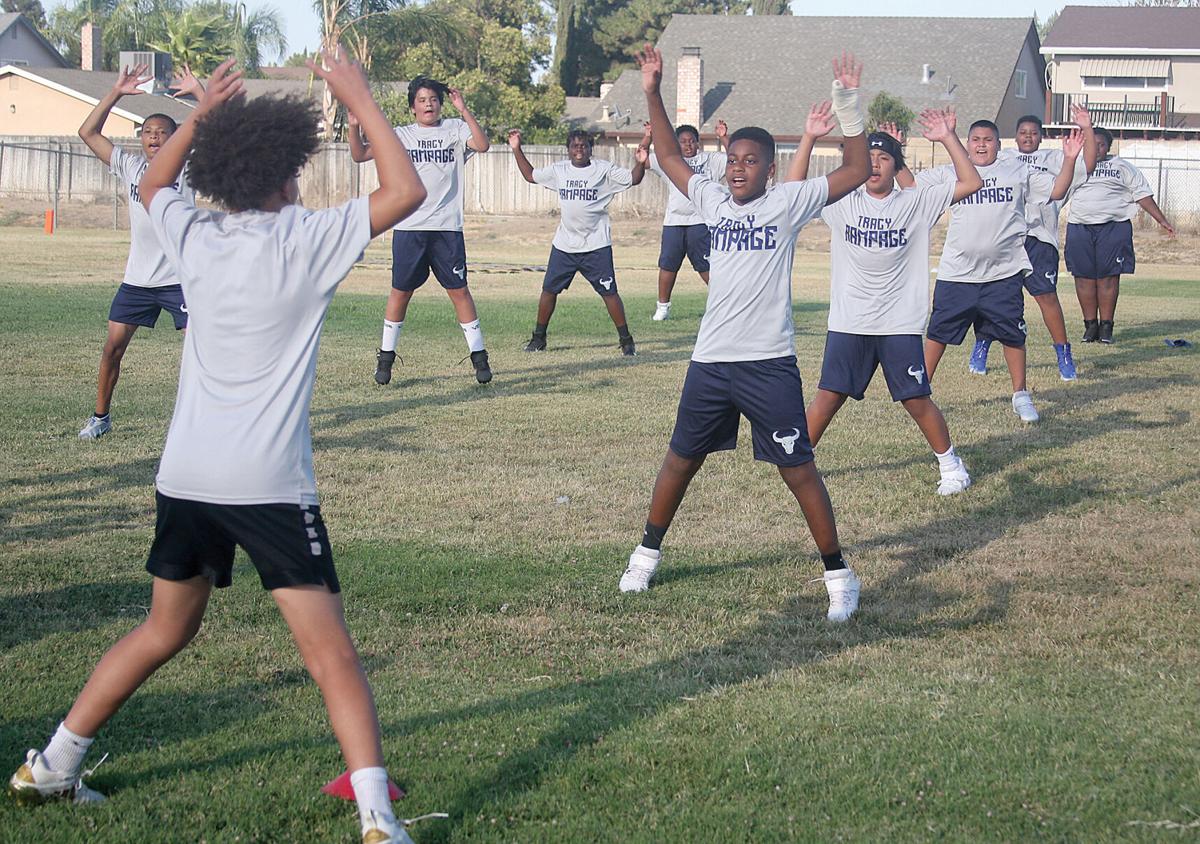 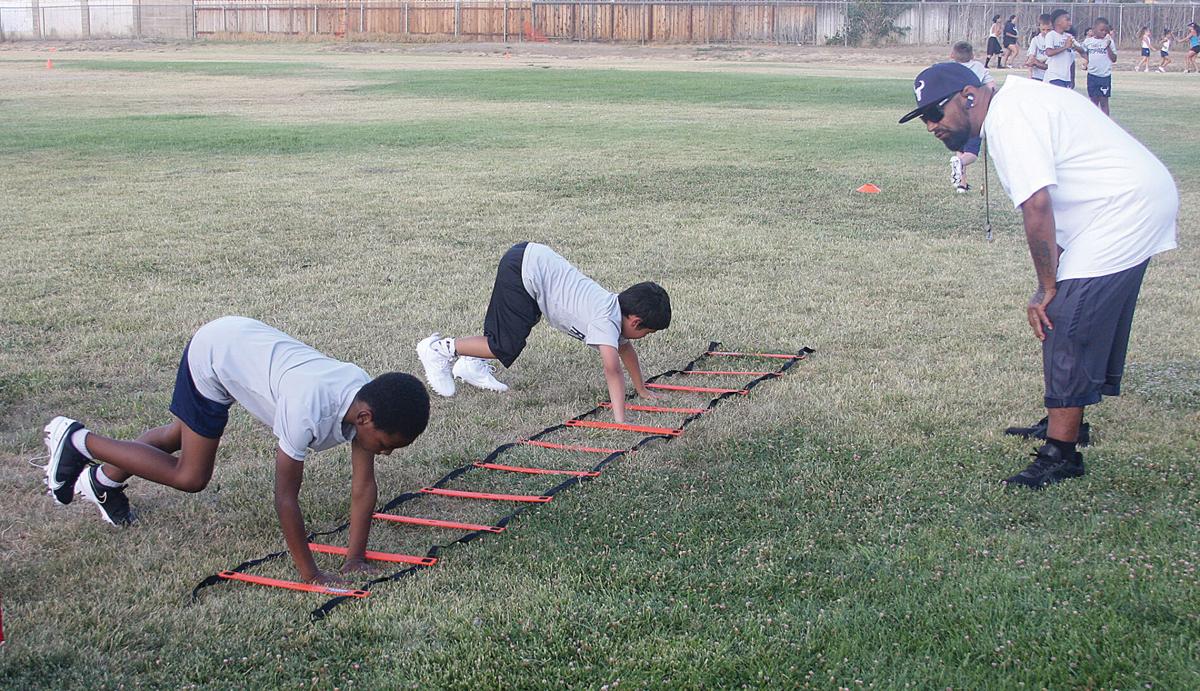 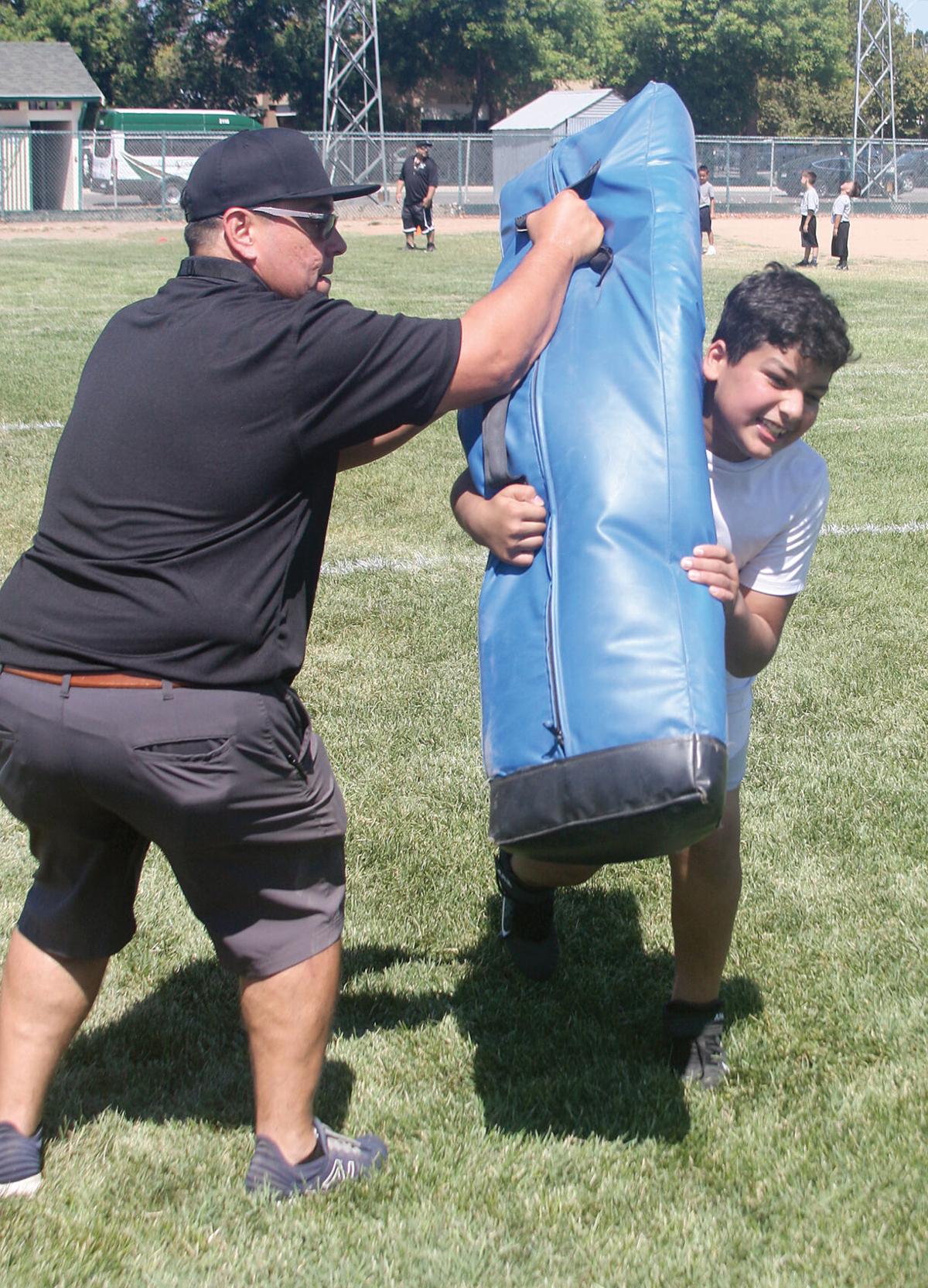 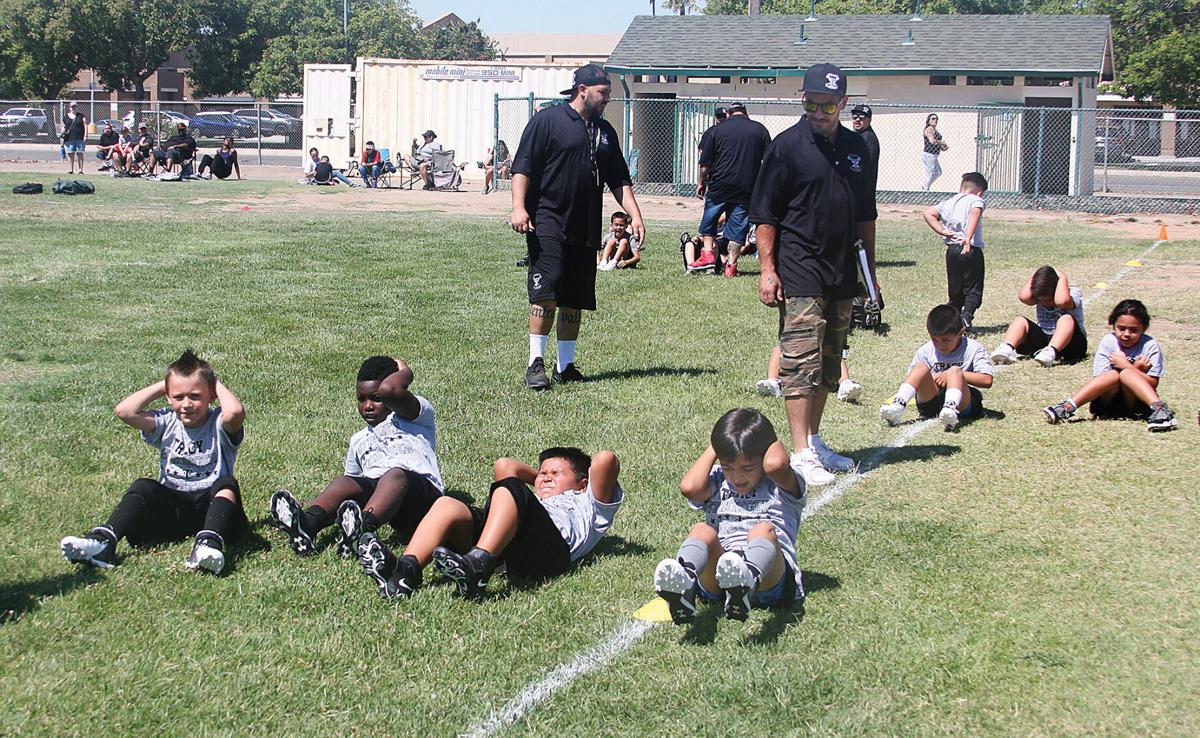 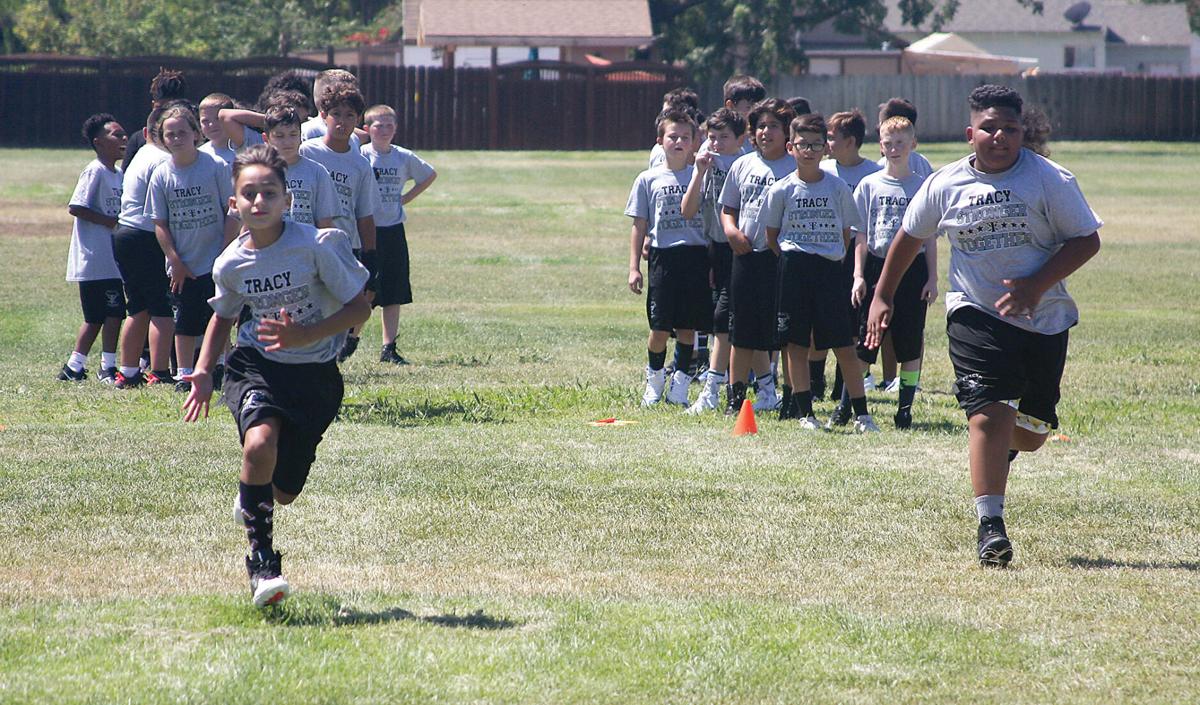 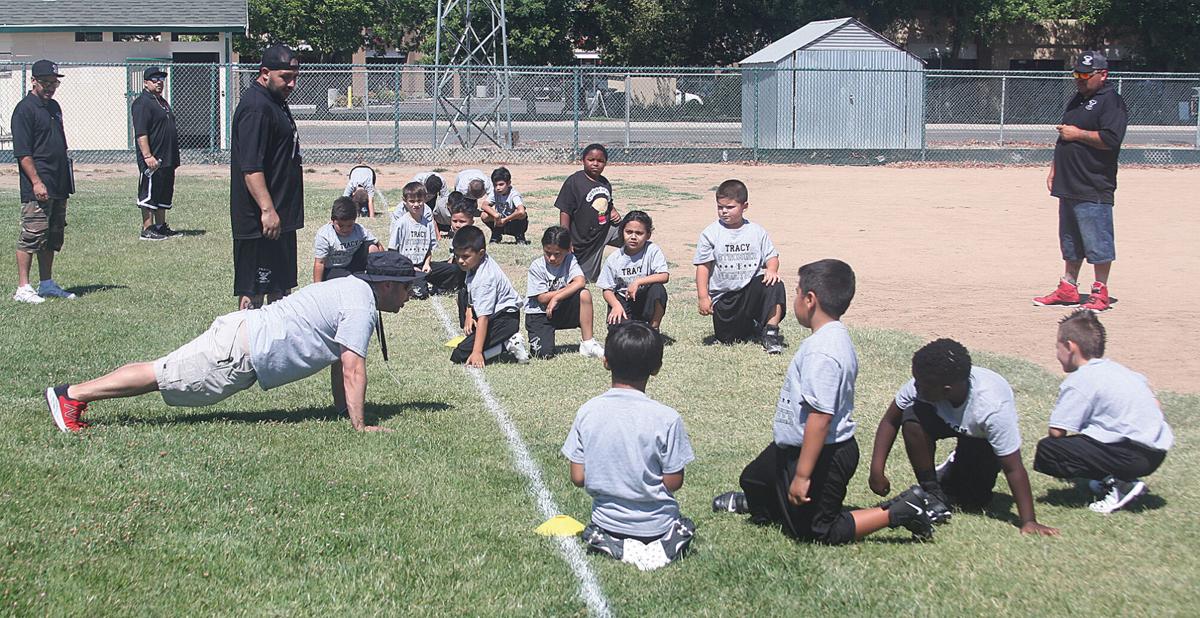 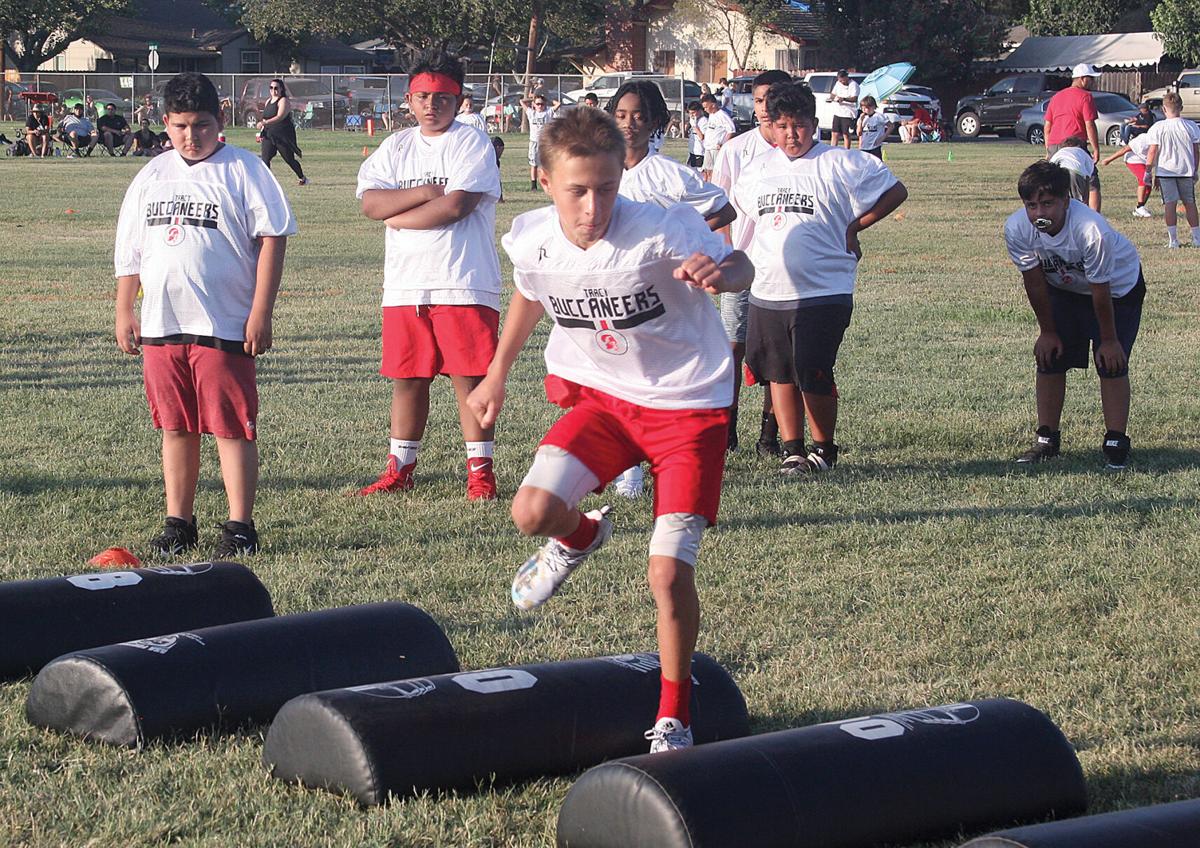 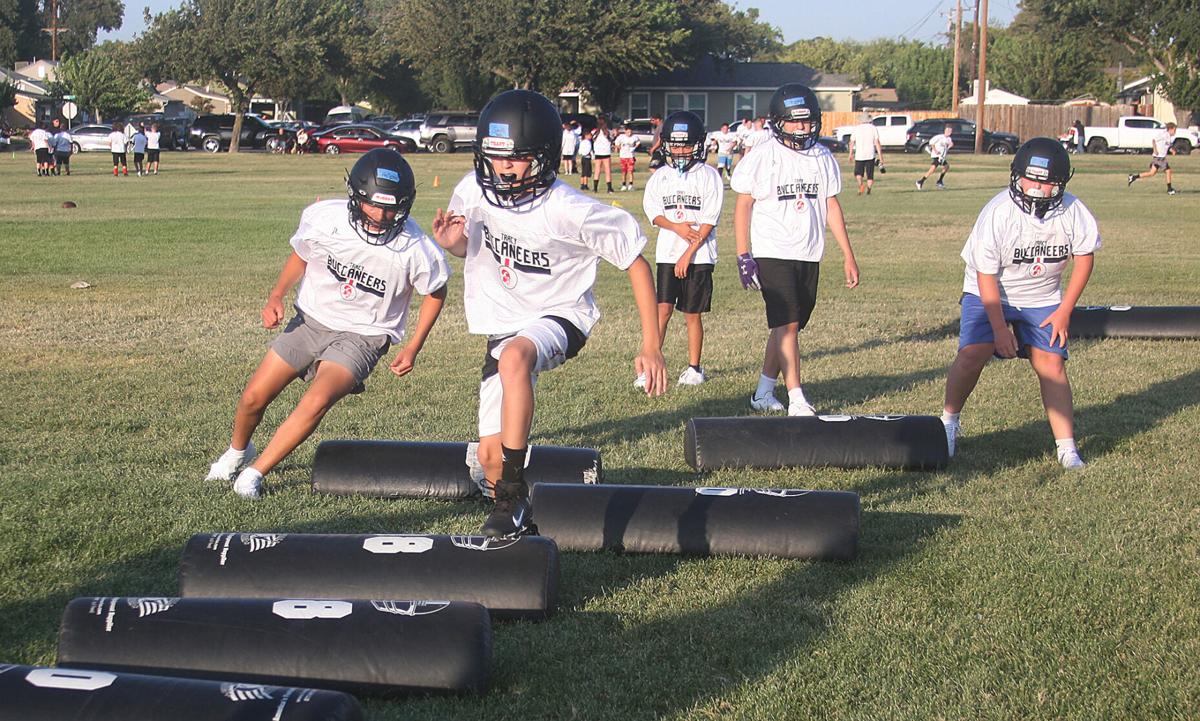 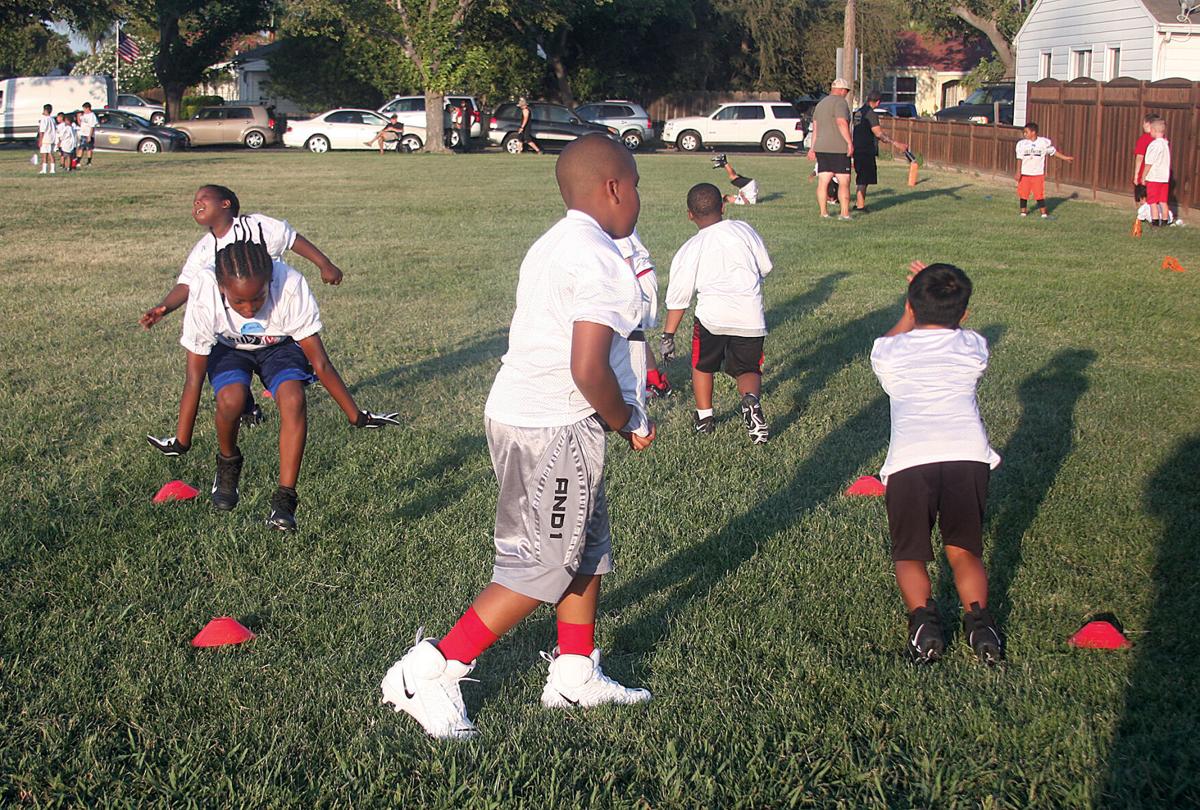 Youth football began in Tracy this past week as the Tracy Raiders, Tracy Buccaneers and Tracy Rampage gathered for their first practices. It is the first time back on the gridiron since 2019 for these players as the 2020 season was postponed and then cancelled because of COVID-19.

As they prepare for their first games in August, all three Tracy teams have been able to fill their rosters at all levels.

For the Tracy Raiders, it’s a tradition that goes back to 1973, and the organization’s new president, Elizabeth Quiroz, was happy to take on the job three months ago after former president Terri Goularte stepped down.

Quiroz said she took the job because the Tracy Raiders has been part of her family since the early days of the program. The program has 125 players and 31 cheerleaders across four age groups.

“His brothers played as well, and he has an uncle, Billy Rhoads, who also played when Tracy Raiders first came to Tracy,” she said. “That’s why when they asked if we would take it I didn’t mind, because it’s been in our family for a while.”

The Tracy Raiders start their Delta Youth Football League schedule on Aug. 21 when they host the North Stockton Bengals at Tracy High, and their regular season will conclude with the “Backyard Battle” on Oct. 30 against the Tracy Rampage at West High, with DYFL playoffs to follow.

Tracy Rampage Football and Cheer, founded in 2012, have moved over to the DYFL this year and will be the Raiders’ local rivals, a role formerly held by the Tracy Volunteers/Cougars program, which is no longer active.

Team President Garren Harris said the Rampage moved to the DYFL last year but didn’t get to have a season. He said the program regrouped in January, and by February the team started planning for the 2021 season. He said that the coaches from the past several years are all back, and the numbers at each level are encouraging, with 18 players on the junior novice team, 25 novice, 35 junior varsity, and 30 varsity players, traditionally the hardest age group to fill.

“We’re looking pretty competitive to represent the South Conference for the DYFL,” he said. The Rampage play their first games against the Northwest Stockton Trojans at Kimball High on Aug. 21.

“We’re just really excited to get these kids back on the field, get them back in shape, and get them back to having some fun,” Harris said.

Also starting up with their first practice on Monday at Ritter Family Ball Park was the Tracy Buccaneers, a program established in 2004. Team president Vanessa Salinas said that 120 players will fill all four age groups for football, and only a few spots are open for cheerleaders at the junior varsity level.

She said that after a year off because of COVID it wasn’t hard to get kids to come out. Because their league, Central Valley Youth Football and Cheer, has rules pertaining to team size and playing time, each football squad was capped at 30 players, with the team having to turn latecomers away.

“That was surprising. It’s what we were worried about after last year, but no, we didn’t have a problem getting kids at all. It should be a good year for all of the divisions,” she said.

The Buccaneers start their season on Aug. 21 on the road against the Ceres Bulldogs, and will have nine weeks of games, plus a cheer competition on Oct. 23.