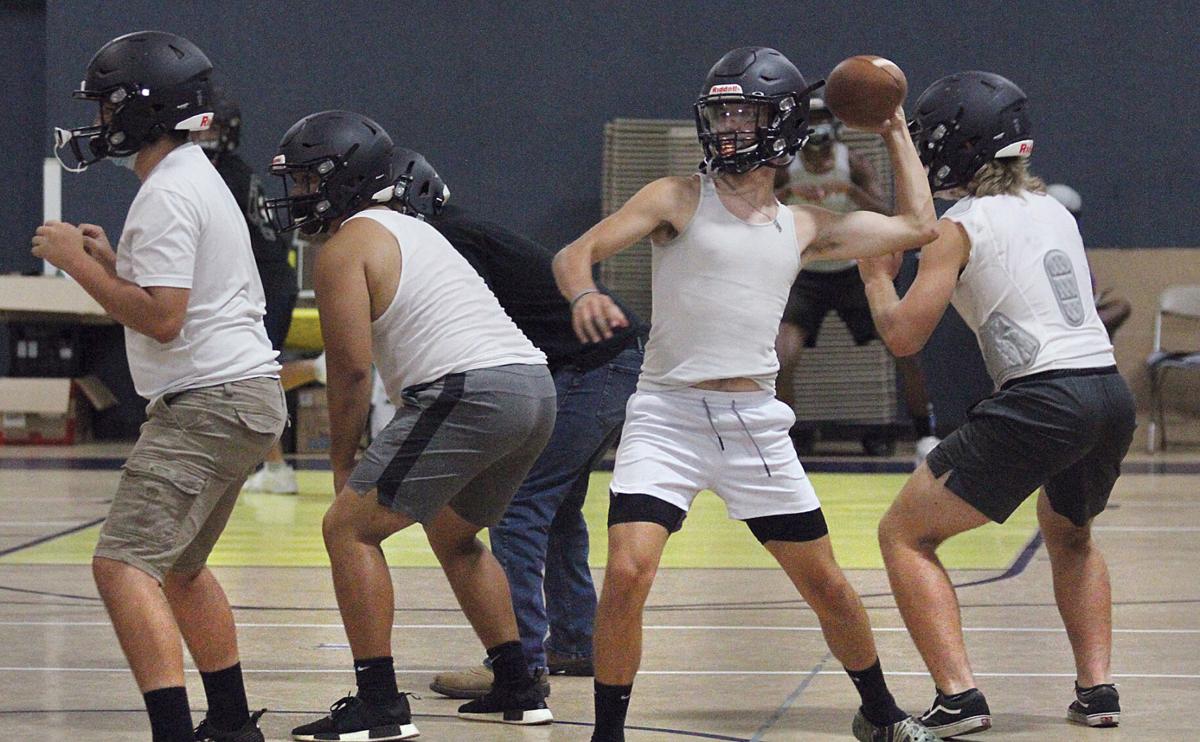 West High senior Dallin Silcox drops back to pass during a practice Wednesday afternoon. The team was forced to practice inside in a sub gym because of wildfire smoke in the area. 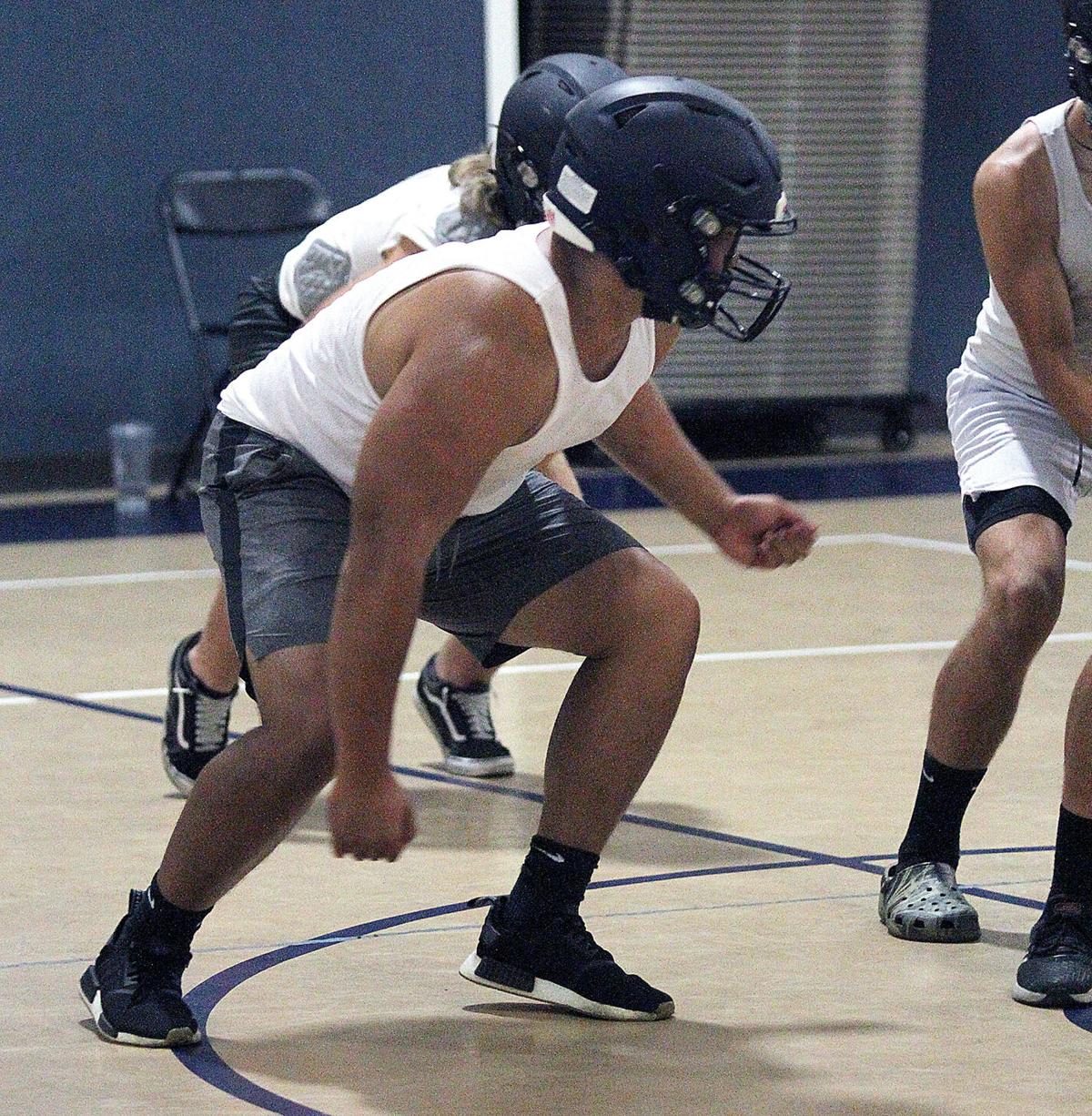 Senior Caleb Fernando runs through a play at practice on Wednesday afternoon. 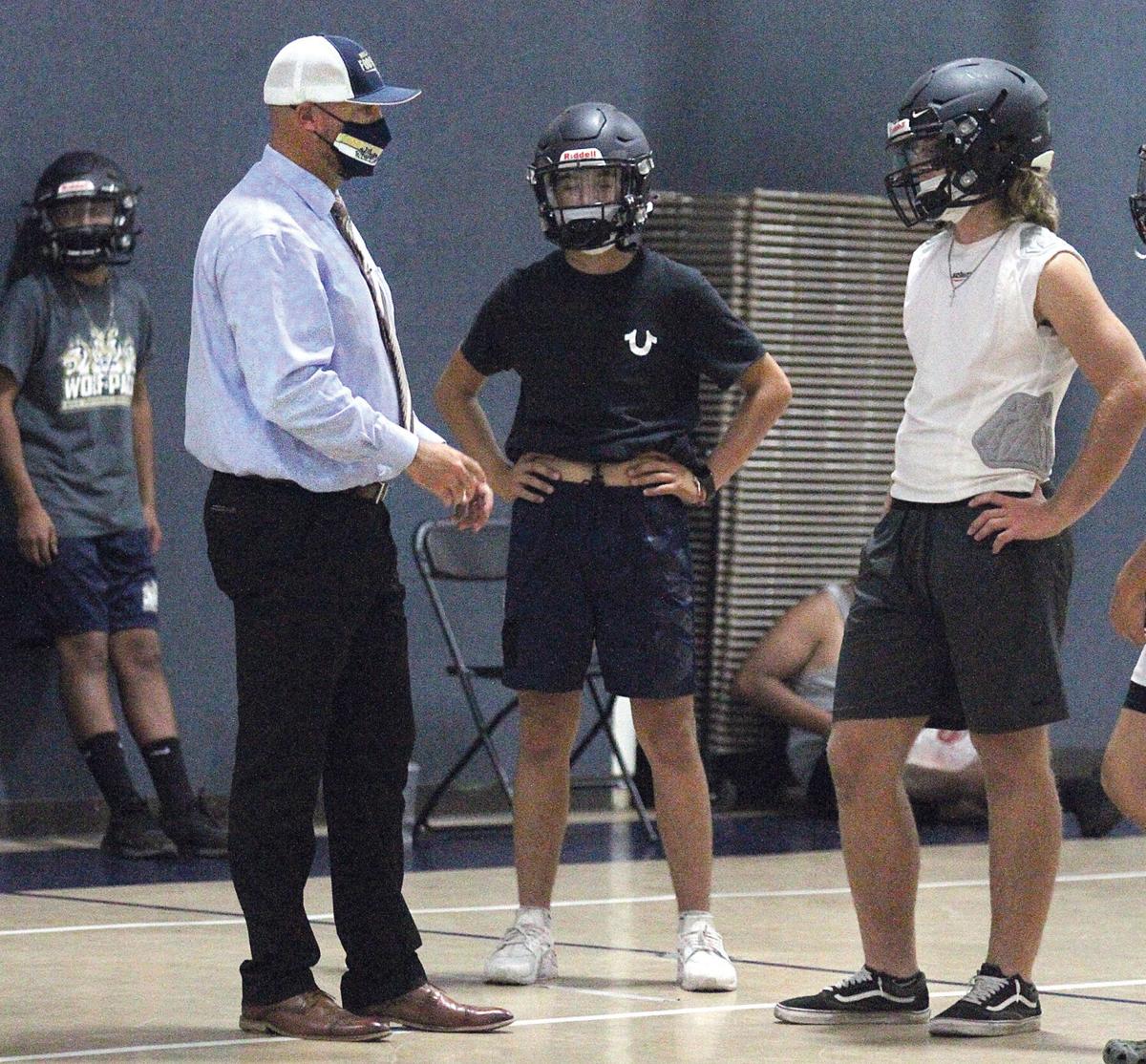 Steven Wichman talks to players on the offense. 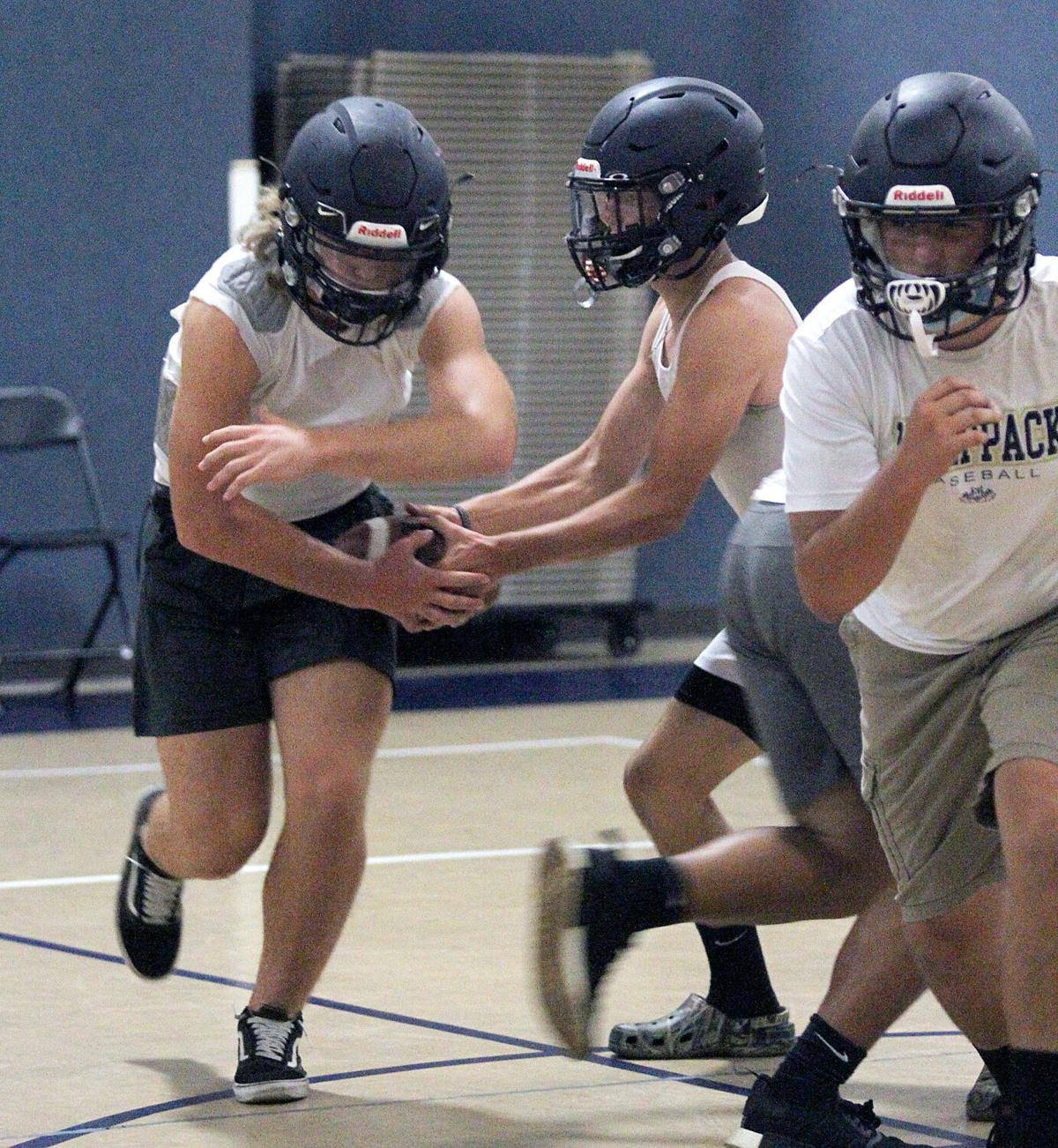 West High senior Dallin Silcox drops back to pass during a practice Wednesday afternoon. The team was forced to practice inside in a sub gym because of wildfire smoke in the area.

Senior Caleb Fernando runs through a play at practice on Wednesday afternoon.

Steven Wichman talks to players on the offense.

It ended up taking just a couple of weeks to get the numbers the West High football team needed to field a varsity team for fall 2021.

The Wolf Pack faced the sudden departure of its coach, and the number of juniors and seniors coming out for the team was less than the 22 that school administrators and Tracy Unified School District agreed would be the minimum necessary to field a varsity team.

“There were some shaky moments, but we were fortunate, and the idea is if you build it they will come, and our numbers have dramatically improved.”

Behnam said the Wolf Pack will suit up 35 players for tonight’s opening game at home against Ceres High. As of this week new players continued to step forward, and coaches must check them out for athletic eligibility, and to be sure they’re suitable to play varsity football in a tough league.

“We’re not going to suit them up if we don’t feel they’re fully ready,” Behnam said. “We have a lot of kids who are playing for the first time, or who haven’t played for a couple years.”

The team leadership comes from players who were on the squad for the COVID-shortened 2020-21 spring season.

Kyler Hickman, the Wolf Pack’s quarterback in the spring, is still at the core of the offense, this year as a running back.

“He’s been solid for us. A lot of what we do goes through him,” Behnam said, adding that junior wide receiver and linebacker Javione Thomas will also be a playmaker on offense and defense.

Behnam is especially enthusiastic about a group of senior linemen who will be the heart of the Wolf Pack offense. They include Caleb Fernando, Conner Durant, Ethan Medeiros and Jaron Chavarria. Two quarterbacks who will share duties are junior Christopher Inigo and senior Dallin Silcox.

What Behnam has seen so far is encouraging. In last week’s multi-team scrimmage at Ripon Highthe Wolf Pack proved it is ready for a grueling season.

“We were pleasantly surprised with our jamboree. We thought we were as good as anyone,” Behnam said, adding that West matched up with teams from Ripon, Bear Creek, Lodi and Sierra high schools. “We were able to move the ball offensively. We did a lot of what we wanted to do. It built a lot of confidence in our kids. I think they’re really starting to believe in the system.”

He would have liked more time to prepare his relatively young team for the season, which begins tonight when West opens against Ceres at home. Behnam said that while Ceres had an 0-10 season in 2019 the team has improved dramatically, as have others on the schedule.

“We know all of these teams have improved and Kimball and Sonora are going to be really good,” he said. “The idea is, ‘Hey, why not us?’”

Behnam added that while he has plenty of football coaching experience at West, as well as 2 years as head coach at Franklin High in Stockton in 2012 and 2013, he will not pursue the permanent head coaching position at West High.

He will, however, stick with the job for as long as needed and wouldn’t miss the chance to see the Wolf Pack through a challenging year.

“I absolutely enjoy every minute being out here with the kids,” he said. “You leave practice daily smiling, saying I am so thankful to be working with this group of individuals who have nothing but heart.”

All home games are played at Steve Lopez Stadium on the West High campus, 1775 W. Lowell Ave. Junior varsity kicks off at 5 p.m. with varsity following