You are the owner of this article.
Edit Article Add New Article
You have permission to edit this article.
Edit
Welcome, Guest
COVID-19 Coverage
News
Voice
Our Town
Sports
Datebook
Obituaries
Advertising
Classifieds
Special Sections
1 of 5 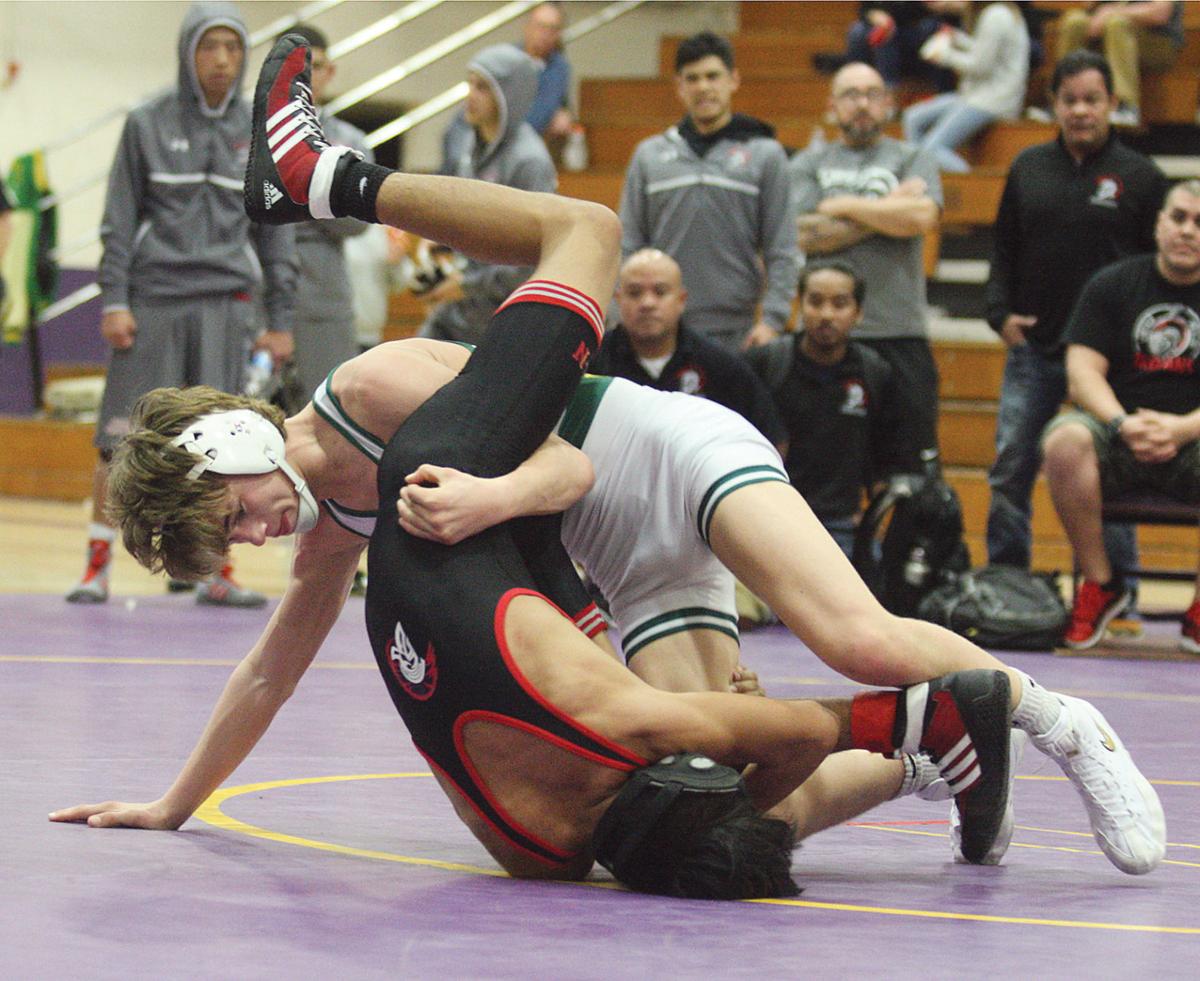 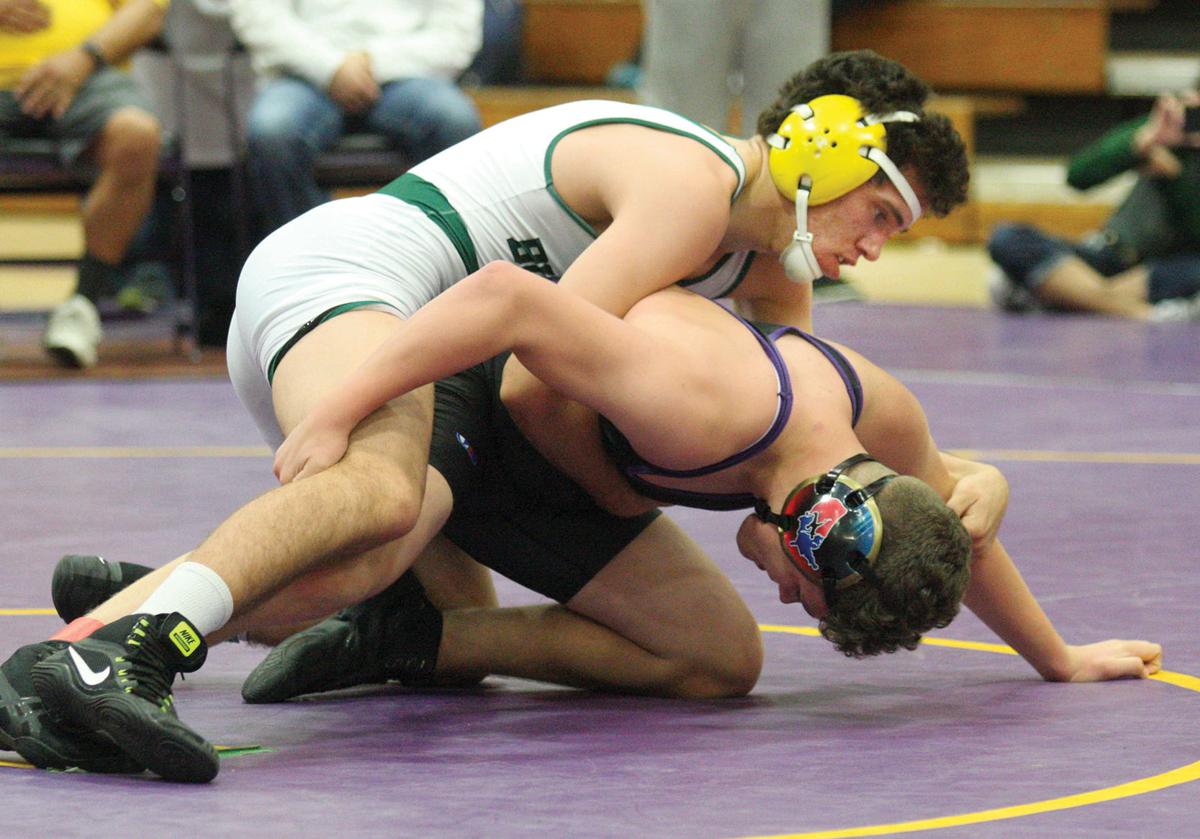 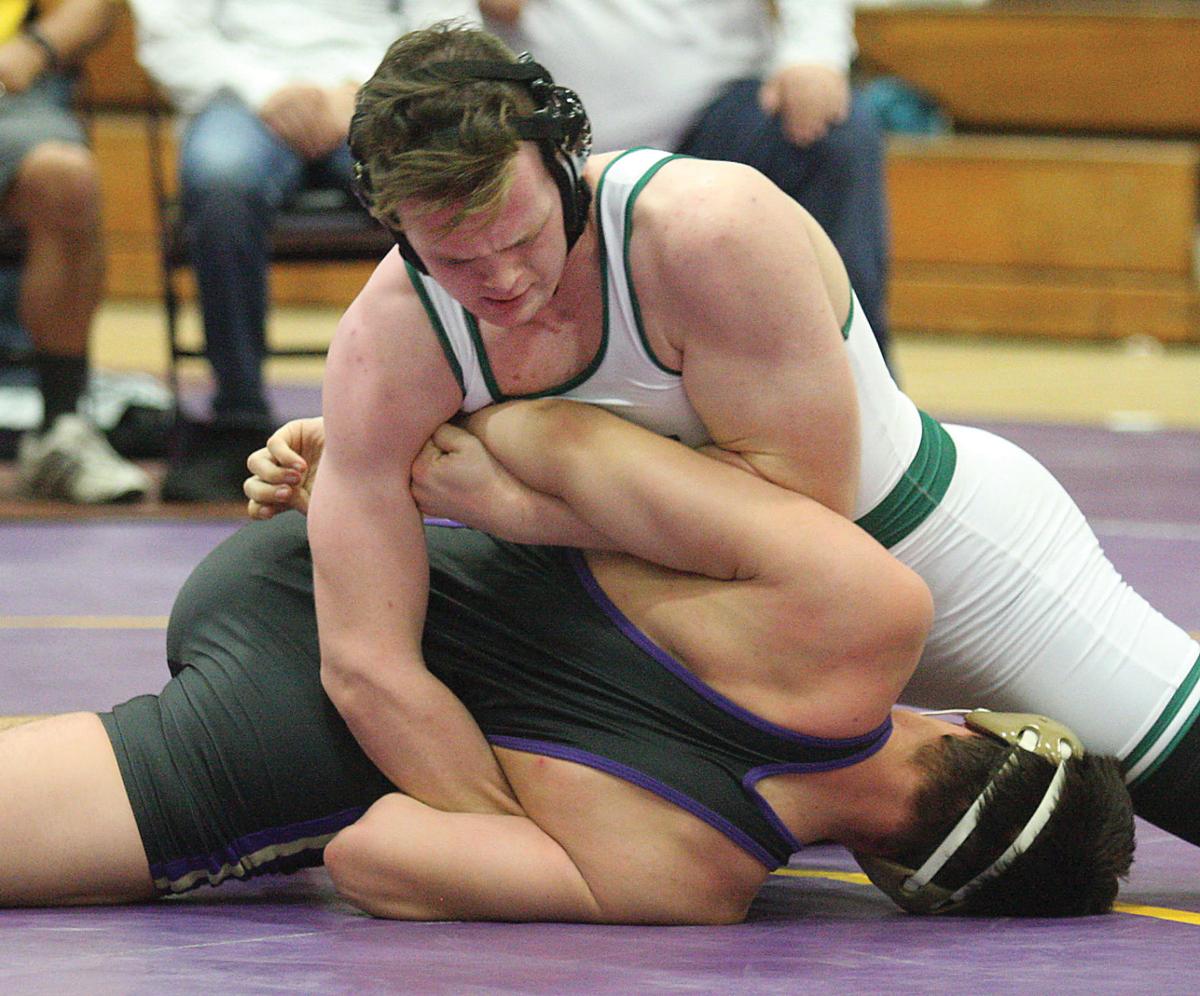 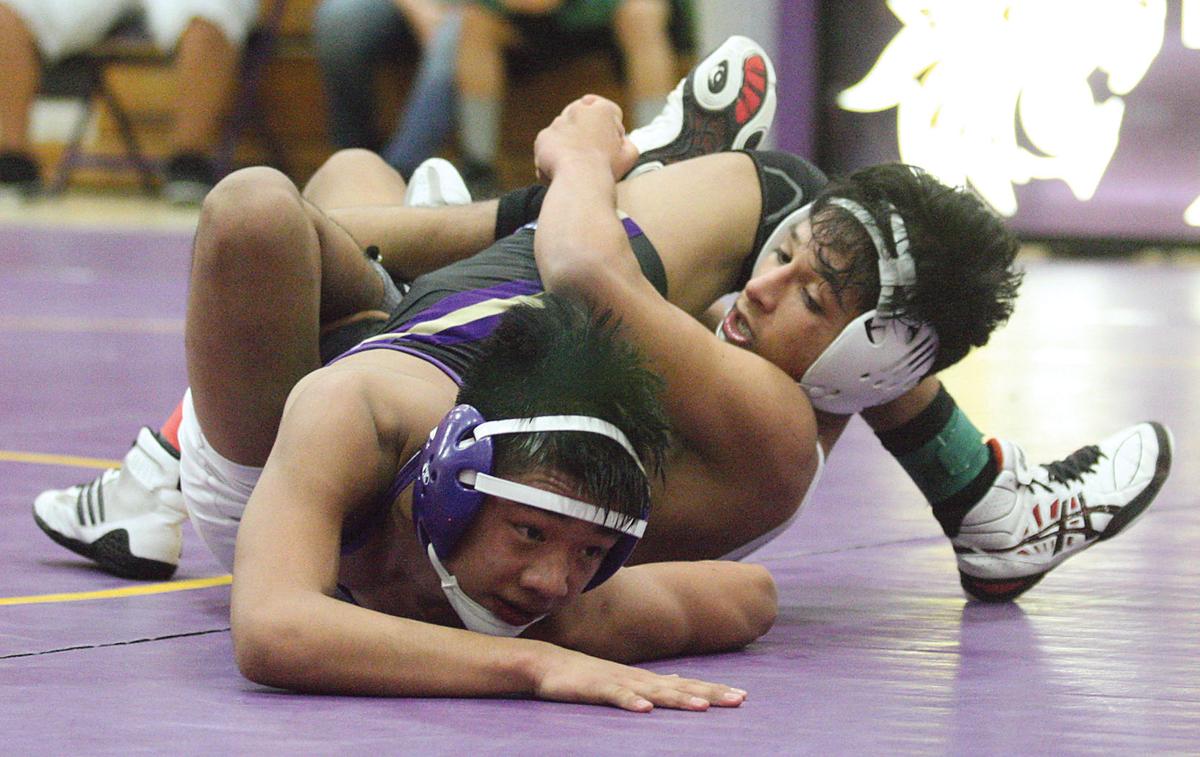 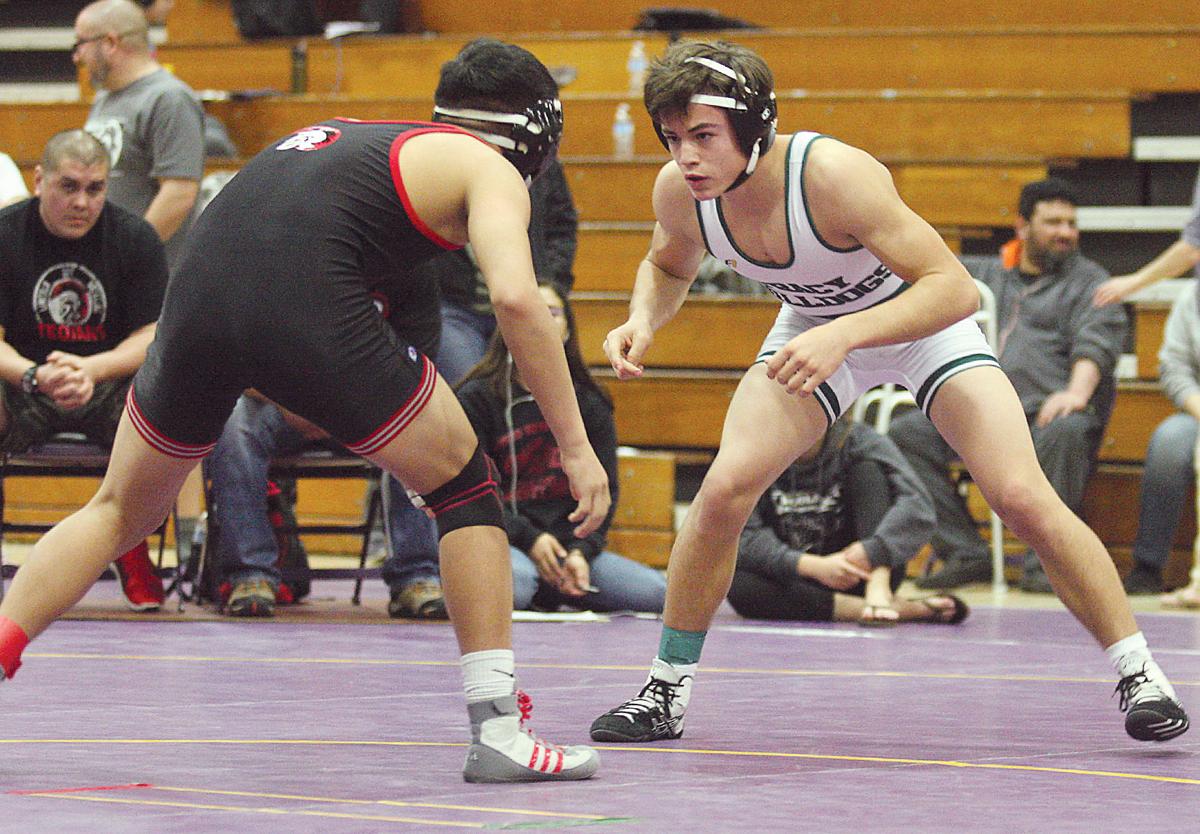 Tracy High sophomore Riley Revino faces off against Lincoln High junior Evan Vang in the championship match of the 126-pound class at the Tri-City Athletic League championships Saturday at Tokay High in Lodi.

Tracy High sophomore Riley Revino faces off against Lincoln High junior Evan Vang in the championship match of the 126-pound class at the Tri-City Athletic League championships Saturday at Tokay High in Lodi.

Tracy High’s wrestling team came away from the Tri-City Athletic League championships with plenty of reasons to be proud.

The Bulldogs placed fourth overall in the team scoring Saturday, but their results included three gold medals and the TCAL wrestler of the year award, and all 11 varsity wrestlers earned a place in the Sac-Joaquin Section Division I-AA tournament.

Tokay finished as the league’s team champion with 247.5 points, including six gold medalists, well ahead of second-place Lincoln (191.5). Tracy (158) finished just behind Lodi (168), which placed third.

Tracy High senior Brock McCarty earned the league’s David Mendoza Award for the TCAL Wrestler of the Year in recognition of his first-place finish in the 182-pound class and his leadership of the Tracy team this year.

“He’s been a good leader in the room,” said Tracy High coach Jonathan Blackwell, who nominated McCarty for the award and gained the agreement of the other TCAL coaches. “He sets the example for the other kids. It’s the kind of thing I want younger kids to emulate.”

McCarty said that his goal for this year was to drop weight so that he could compete as a leaner, stronger wrestler. He ended up dropping 30 pounds between the start of the season in November and Saturday’s league meet.

“I’ve dropped down three weight classes. I was at 216 at the beginning of the year and I’m wrestling at 184 right now,” he said.

The Sac-Joaquin Section gives a 2-pound weight allowance at the end of the year, so McCarty competed in the 182-pound class. With four wrestlers in the bracket, he advanced to the championship match after Lodi’s Levio Mamola forfeited because of an injury, and he beat Tokay High’s Cameron Senner on a first period pin in 1 minute, 48 seconds for the title.

“I haven’t wrestled him before, but before I dropped weight, our 182-pounder beat him, so I wasn’t too worried,” McCarty said, adding that he had hoped to face Mamola in the championship match. “He was supposed to be the No. 1 seed, but since he’s out, they bumped me up. He defaults to fourth, and I’ll probably see him next week (at the division tournament) at some time.”

Tracy’s gold medalists also included two brothers, senior Samuel Blackwell and sophomore Eli Blackwell, whose father is the coach and whose older brothers, Zach and Noah, were also standout wrestlers for the Bulldogs. Zach won the San Joaquin Athletic Association gold medal in his senior year in 2012. Noah won the silver in his sophomore and junior years, 2013 and 2014, and the bronze in his senior year, 2015, when Tracy High became part of the TCAL.

“It gives me a newfound confidence that I can go all the way,” he said. “It’s a good feeling because I have two brothers who are also league champions, so it’s nice to be able to join them in the club.”

In his match with Pursell, Samuel Blackwell said he was in control the entire time, scoring all his points on takedowns while his opponent scored on escapes, but he started to get tired by the end of the third period.

“At that point, it was all a mental game, knowing that we were almost done and we could see the light at the end,” he said.

Eli Blackwell is a repeat TCAL gold medalist after taking first in his class in his freshman year. He beat Lincoln High’s Anthony Urrea on an 8-3 decision in the 113-pound class.

“I knew he was good at throwing, but that’s really it,” he said of his opponent. “I got in my shots and finished them before he could stop them.”

He is looking forward to advancing to SJS Masters and California Interscholastic Federation state competition.

“Working hard is the only thing that helps you,” he said. “Once you get past a certain level, only hard work will do anything.”

In addition to Tracy’s three gold medalists, eight more Tracy wrestlers will advance to the SJS Division I-AA meet at Folsom High on Friday and Saturday.

West High had two medalists at the TCAL meet, and they will also advance to the division meet. Senior Ricky Lopez (106) placed second and junior Michael Funes-Solis (160) placed fourth in their classes.

The Mountain House wrestling team will send five wrestlers to the Sac-Joaquin Section Division V meet after they finished in the top four in their respective weight classes at the Trans Valley League meet.

The team’s top wrestler was senior Jalen Hill, who placed second in the 182-pound weight class. Junior Ajmere Hanifzada (145) had a third-place finish in his class, and seniors Tyler Davis (132) and Thomas Briones (170) and sophomore Cannon Waters (120) all placed fourth.

Kimball High has three wrestlers who will advance to the division level after placing in the top four at the Valley Oak League tournament Saturday at Sierra High in Manteca.

Senior Gianni Jacobo was the Jaguars’ top wrestler with a second-place finish in the 145-pound class. Also advancing are sophomore Mason Salazar (138) and junior John Jacobo (160), who both placed fourth.

They will compete in the Sac-Joaquin Section Division III championships Friday and Saturday at River City High in West Sacramento.