You are the owner of this article.
Edit Article Add New Article
You have permission to edit this article.
Edit
Welcome, Guest
Celebrate Tracy
News
Voice
Our Town
Sports
Datebook
Obituaries
Advertising
Classifieds
Special Sections
1 of 2 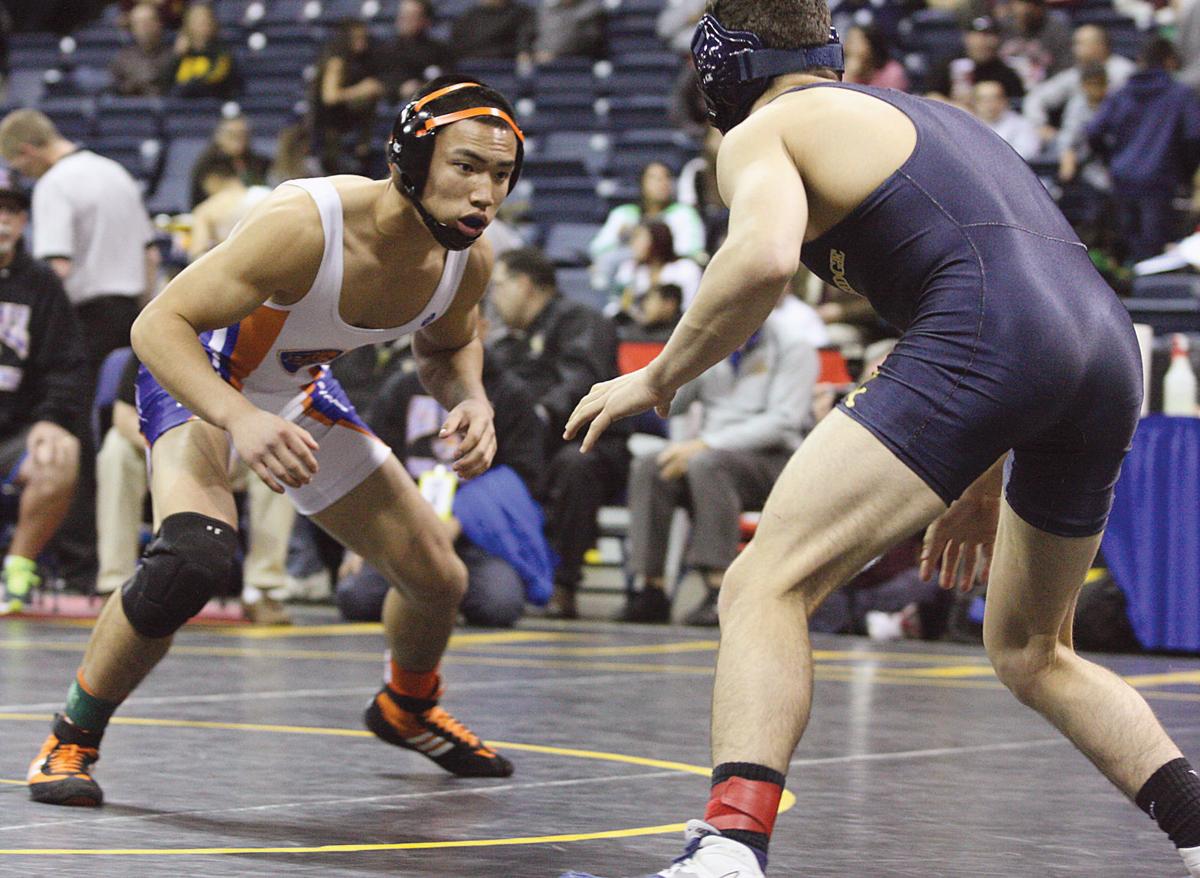 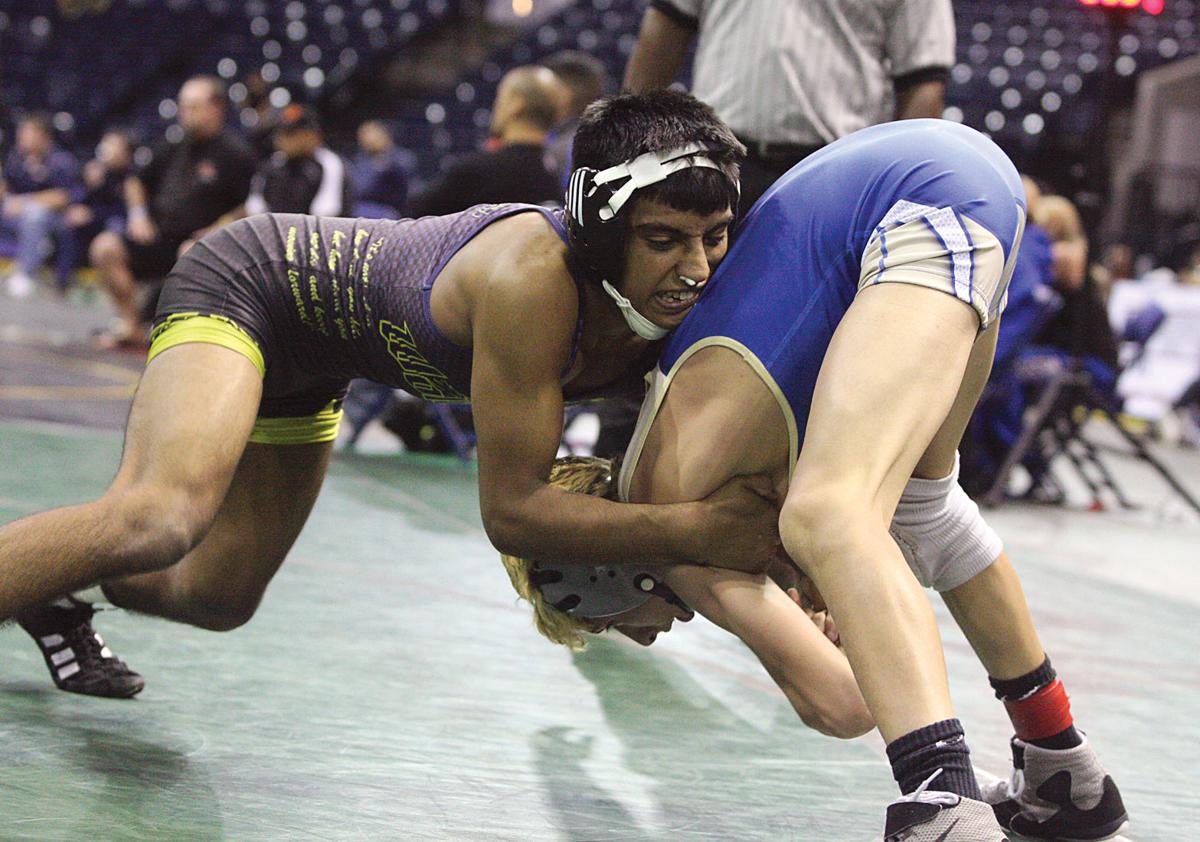 West High sophomore Greg Viloria looks for an advantage over Waterford High’s Ivan Gomez in the third-place 106-pound match at the Sac-Joaquin Section Masters tournament Saturday at Stockton Arena. Viloria won the match and will advance to the California Interscholastic Federation State Boys Wrestling Championships today and Saturday in Bakersfield.

West High sophomore Greg Viloria looks for an advantage over Waterford High’s Ivan Gomez in the third-place 106-pound match at the Sac-Joaquin Section Masters tournament Saturday at Stockton Arena. Viloria won the match and will advance to the California Interscholastic Federation State Boys Wrestling Championships today and Saturday in Bakersfield.

Kimball High senior Reese Chew had to be content with second place at Saturday’s Sac-Joaquin Section Masters meet, even though he believed a section title was within his reach.

“I wanted to win that, but I’m still happy with my overall performance this whole tournament,” Chew said after his loss on a 6-3 decision to Brandon Claiborne of Oak Ridge High in the championship match for the 145-pound weight class.

Chew’s second-place finish on Saturday earned him his second trip to the California Interscholastic Federation State Boys Wrestling Championships, to be held Friday and Saturday in Bakersfield.

Chew, the SJS Division III and Valley Oak League champion, won four matches by decision, including a 3-1 decision in overtime against Gilbert Valadez of Pitman High, to get to the championship match.

He and Claiborne went scoreless through the first period, but Claiborne took the advantage with a couple of takedowns in the second period.

“It was a little awkward. He wrestled different from the other people I wrestled, but I couldn’t really adapt my style to fit his, so I was outmatched by him,” Chew said. “He was shooting all of these faraway shots, and that caught me a couple times.”

His second-place finish still gives him a favorable place in the state tournament bracket, and Chew said he was prepared for tougher competition.

“The way I was able to finish strong with all of my opponents, this is going to help me get better for the state tournament,” he said.

West High sophomore Greg Viloria, who placed third in the 106-pound bracket, is also heading to the state tournament.

Viloria won two matches by pin in the opening rounds of the SJS tournament on Friday before he lost on a 10-0 major decision to Jordan Aquino of Vacaville High in the quarterfinals. Aquino went on to win the gold medal.

Viloria won three more by decision on Saturday and faced Ivan Gomez of Waterford High in the third-place match, where he scored on takedowns in each of the three periods to secure the 6-1 win.

“Last year, I took fourth (at the SJS tournament), so I wanted to secure the win for third place,” he said, adding that he was determined to finish as high as possible to get a favorable position in the state tournament. “It’s always going to be a tough draw. I’ll just see how it goes. If I wrestle as hard as I did against the (section) champion, I think I’ll do good.”

Chew and Viloria were among 11 local wrestlers at the section meet. Most were eliminated in Friday’s preliminary rounds. West junior Isaiah Juan made it to Saturday’s competition but was eliminated one match short of the medal rounds.