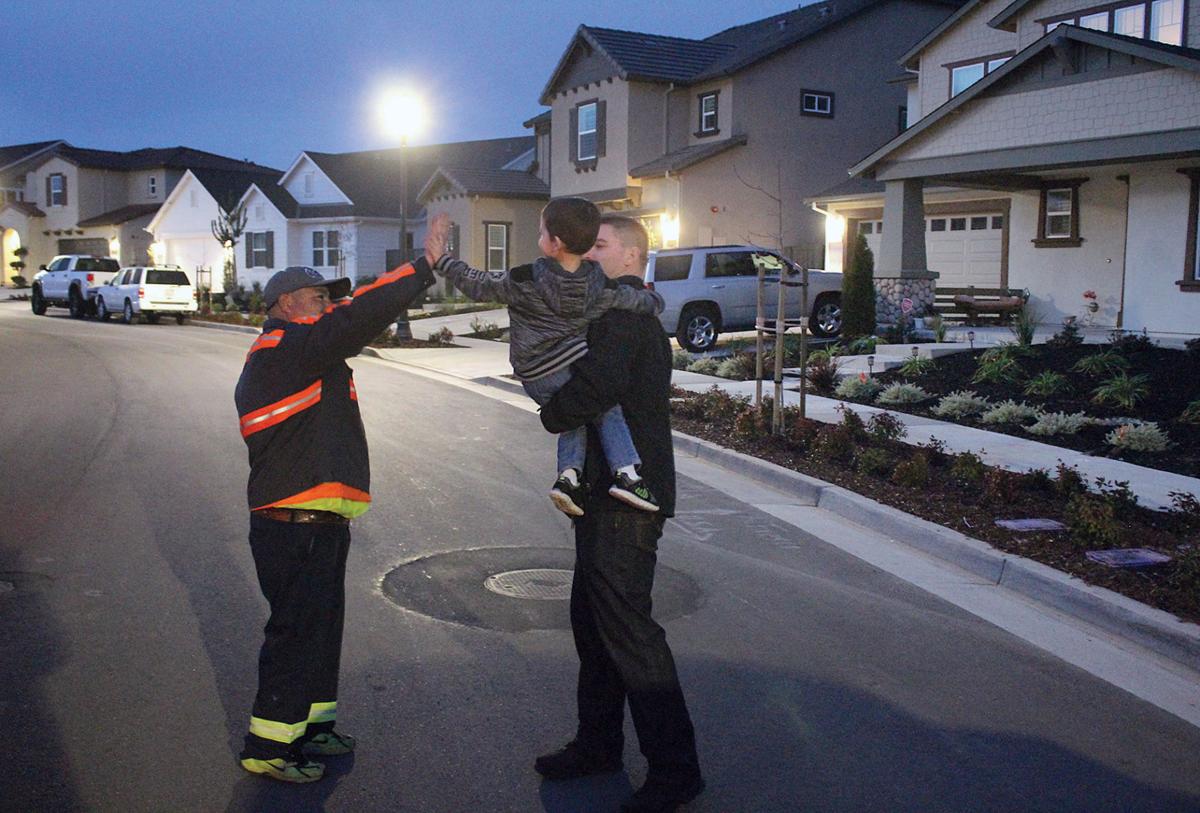 Three-year-old Roman Tassano, held by his dad, Joe, gives a high-five to one of the sanitation workers with Tracy Delta Solid Waste Management whom he has befriended. 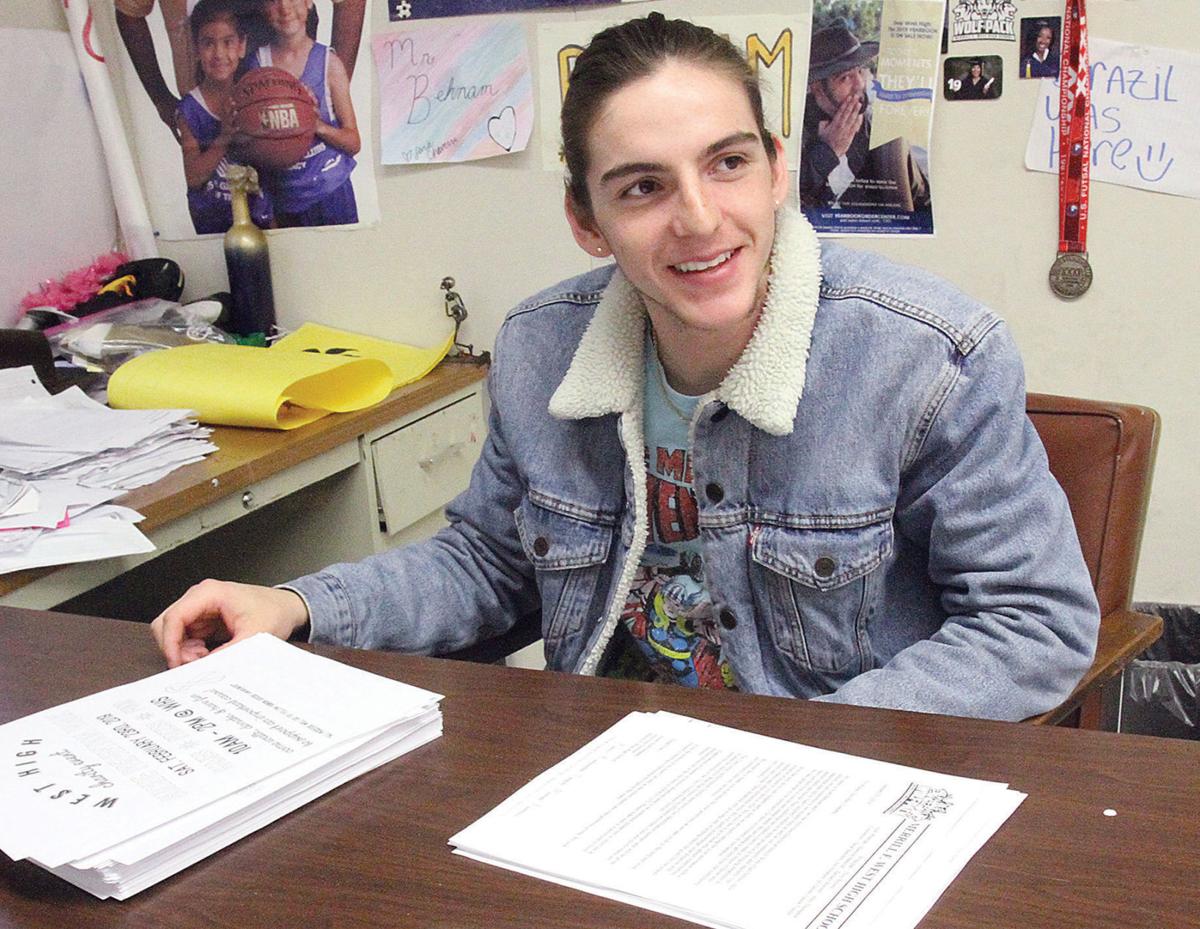 West High junior Nathan Campbell talks about a suicide prevention walk he has organized for Feb. 23.

Five teenagers, none of them from Tracy, were arrested in connection with a series of wheel thefts that had left 10 vehicles up on concrete blocks in December and January.

Tipped off by a resident, the police stopped a Cadillac Escalade pickup shortly after 2 a.m. Feb. 4 and found the teens, several stolen wheels and evidence linking them to other crimes.

A week later, four 18-year-olds from Stockton were arrested on grand theft, vandalism and conspiracy charges after an officer interrupted them allegedly taking the wheels off a Toyota Camry.

West High School junior Nathan Campbell organized a suicide prevention walk at his school Feb. 23, nearly a year to the day after his uncle took his own life.

“It’s a heavy topic that not a lot of people like to talk about, so — I want to be able to spread awareness in a positive way and in a fun way through a walk,” he said.

The leadership class set up booths about school and community resources. West High leadership teacher Scott Behnam said he hoped the walk would grow beyond the school and become an annual event.

Like clockwork, 3-year-old Roman Tassano would be up before the sun to watch the big red garbage truck roll into his neighborhood and high-five the sanitation workers.

The weekly tradition started when he was 1, and “now every Wednesday, he’s like, ‘I hear the truck!’” his mother, Angelina Tassano, said.

“They’re out there every week just like we are, so if I can make it a little special for them, why not,” Smith said.

Onalee Koster, Betty Galli and Sam Matthews were honored by the West Side Pioneer Association at a Tracy Historical Museum open house.

Koster, Tracy’s female citizen of the year in 2014, served as museum director from 1993 to 2016. Galli, Tracy’s female citizen of the year in 2001, was involved in establishing and relocating the museum and in moving the old Lammersville School building to Clyde Bland Park, where third graders use it for living history lessons. Matthews was recognized for providing local historical information through columns, articles and special editions of the Tracy Press.

Rain and wind gusting up to 40 mph flooded streets, created potholes, pulled down power lines and damaged trees around the city. In downtown Tracy, a power pole snapped in half and crashed onto a house.

Main Street Music lost its sign twice in a week, once to high winds and once to “The Great Sign Heist of 2019.”

Store owner Ken Cefalo laughingly told Sam Matthews the whole story — about the man who’d had a few drinks Friday night and swiped the sign from where it rested beside the door; the woman who chased him and scolded him until he put it back, only to grab it again when she wasn’t watching; and the pair’s chance encounter Saturday morning at the store, when the man returned the sign with profuse apologies.